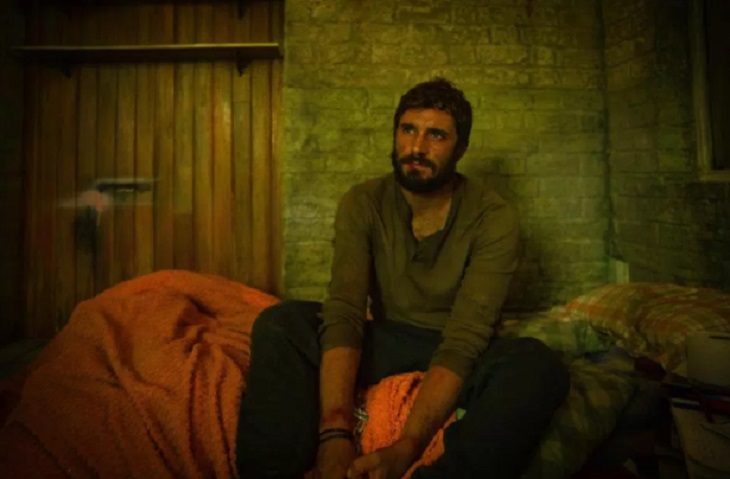 You’ve got to feel for long-held hostage Andy Carver (Oliver Farnworth) on Coronation Street. Pat Phelan’s (Connor McIntyre) unwanted house guest blew his chance to get away, and now he’s back in that dank little cellar, facing life without parole. Is he about to grow old in there? Or does he even have the prospect of life now, given how furious and at the end of his rope Pat is? Pat thought his charade would be all over once he snuck Andy off to France with a fake passport.

But before that could happen the van they were traveling in crashed, leaving Pat unconscious and eager Andy making a run for it through a tangle of brushy woods. Wouldn’t you know it, Pat revived and chased poor Andy down before he could get very far.

He then laid out a dose of misplaced justice and knocked the younger man out, with Andy awaking to find himself in that darned cellar again. Laying down the law, Pat warned Andy that the consequences for his little runaway would be dire.

In the meantime Eileen (Sue Cleaver) and Nicola (Nicola Thorp) were under the impression that Pat was away on a trip to Scotland, a story he spun to cover his absence. So the two ladies decided to check out his fixer-upper and take a look-see at his handiwork. Uh oh! Would they discover Andy’s accommodations?

Before that could happen Pat intercepted their impromptu tour and managed to ally their suspicions. Silly man had gotten the dates for his trip all mixed up, he told them! They bought his story, and Pat lived to see another day, something that may not be true for Andy. Will Andy ever reclaim his life? And will Pat ever have to answer for the horrendous crime he’s committed?