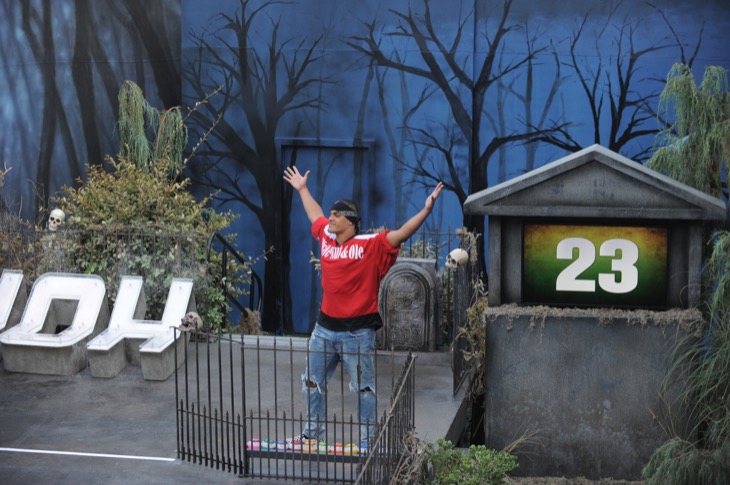 Big Brother 19 spoilers reveal that Paul Abrahamian continues to try to control the BB19 house. Alex Ow tries to beg for safety as Paul informs her he will not use the Veto to save her as promised. The biggest question the BB19 fans have is if Josh Martinez can survive Week 12?

To recap Week 11, Josh won the HOH competition and nominated Kevin Schlehuber and Alex for eviction. Paul won the POV competition and must decide if he wanted to save one of the nominees.

Paul previously promised Alex that he would save her with the Veto.  Big Brother 19 spoilers indicate that Paul changed his mind because if he saves Alex, it means Christmas Abbott would be the only person eligible to go on the block. Of course, Paul cannot let Christmas win because he wants to keep her around until, at least, the final three.  He needs her help to get rid of Josh in Week 12.

Big Brother 19 spoilers state that Paul told Alex that he wished he could save her but he can’t. Her best chance of sticking around is to convince Josh to keep her.  If she can do that, he’d vote to keep her too.  It seems pretty likely that Paul was lying because he really had no intention of keeping Alex.  She is too big of a threat to his game, and he wouldn’t be able to beat her in the final three.

While Paul was talking to Alex, Josh completely unravels as he begins to see what the detail of Paul’s end game.  He realizes that Alex may be going home this week, but his turn will be next.  It just came to him that Paul wants to be in the final three with Kevin and Christmas.  Big Brother 19 spoilers state that Josh believes that Paul wants to take Kevin to the final two because he hasn’t won any competitions or made a big move.  Josh considers that they could have made a final two deal early in the season.

While Josh wants to work with Paul, he is starting not to trust him.  He knows that the only way he will make to the final three is if he wins the next Veto competition and gets to choose who he takes to the final HOH competition of the summer.

Who do you think will go home in Week 11 —Alex or Kevin?  Stick with Soap Opera Spy for more Big Brother 19 spoilers, news, and live feed updates!

The Young and the Restless Spoilers: Devon Is Being Used – Hevon Reunion Possible