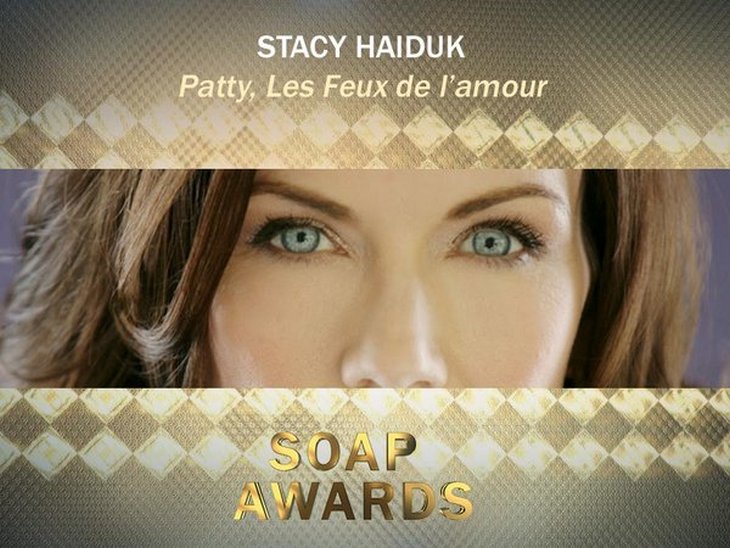 Here is some great news for ‘Young and the Restless’ fans! Stacy Haiduk has received a Soap Awards nomination for Best Villain in a Soap! Haiduk’s role as Patty Williams on ‘YR.’ Congratulations to the soap star and her nomination for the French accolade.

Stacy Haiduk returned to ‘The Young and the Restless’ in August of 2015. Stacy Haiduk had portrayed Patty on ‘YR’ up until September of 2012. After leaving the daytime soap, Haiduk appeared on shows like ‘True Blood’ and ‘Twisted.’ The soap star’s resume also includes the film ‘Suberboy’ and ‘SeaQuest 2032.’ Currently, Stacy has nearly 200 episodes of ‘Young and the Restless’ under her belt. What a great welcome back to the daytime soap opera world.

The Soap Awards nomination news was released via Twitter with the caption, “Congrats @StaceHaiduk on your #SoapAwardsFR Nomination for Best villain in a soap http://soapawards.fr.” Excited, Stacy retweeted the announcement with the message, “I had to retweet this because I think its so cool that #SoapAwardsFR nominated me for best villain. Merci‘!!”

The French Soap Awards will take place April 18, so don’t miss it! What do you think of Stacy Haiduk’s French Soap Awards nomination ‘YR’ fans? Will she will the accolade for Best Villain? What other soap opera stars do you hope will get a nomination? Let us know your thoughts in the comment section below.

‘The Young and the Restless’ POLL: As Y&R Baby Drama Heats Up, Are You on Team Sharon or Team Sage?