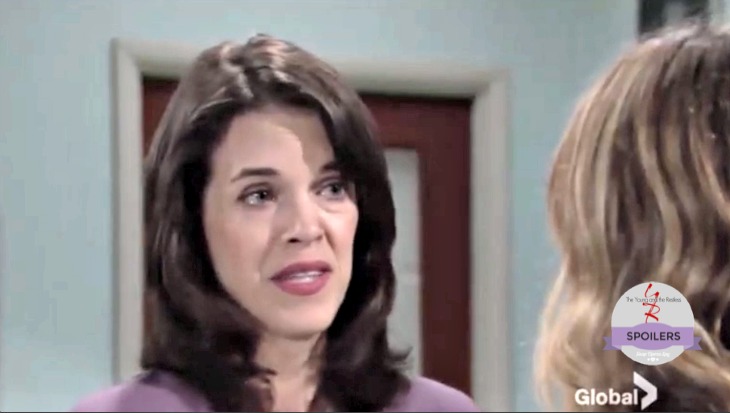 “The Young and the Restless” spoilers for Wednesday, April 27, tease that Sage (Kelly Sullivan) will decide she still needs answers from Nurse Stephens. At Crimson Lights, Nick (Joshua Morrow) wonders what’s bothering her. Sage states that she needs to leave, but she expresses hope for their family’s future.

Meanwhile, Max (Jared Breeze) starts to get a little nervous. He asks Stitch (Sean Carrigan) if Abby (Melissa Ordway) blames him for the baby’s death. Stitch assures Max that Abby isn’t mad at him. He hints that there’s just a lot of pain in their family right now.

At Sharon’s (Sharon Case) house, she tries to convince herself that Sully is her baby. Dylan (Steve Burton) shows up and Sharon suggests it’s time for her mother-in-law to stay elsewhere. Nikki (Melody Thomas Scott) walks in and backs Sharon up on that idea. Sharon and Nikki bicker, but Dylan tries to calm them down.

Sharon takes a call and leaves. Once she’s gone, Nikki lets Dylan know that she’s fine with moving out. She packs up, talks to Sully for a moment and departs. Faith (Alyvia Alyn Lind) comments on how Sharon and Nikki seem to fight a lot. 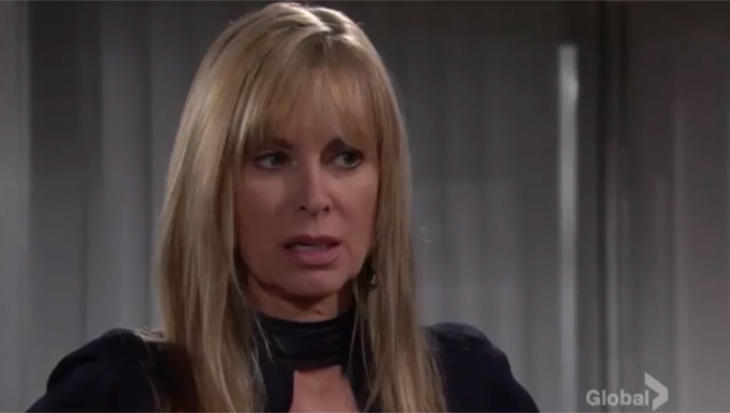 At the Jabot lab, Ashley (Eileen Davidson) is concerned when Abby shows up at work. Abby would rather jump back in than hear Max’s constant apologies. He’s making her uncomfortable. Abby suggests that Max may have had something to do with her fall. She thinks Max tripped her somehow. 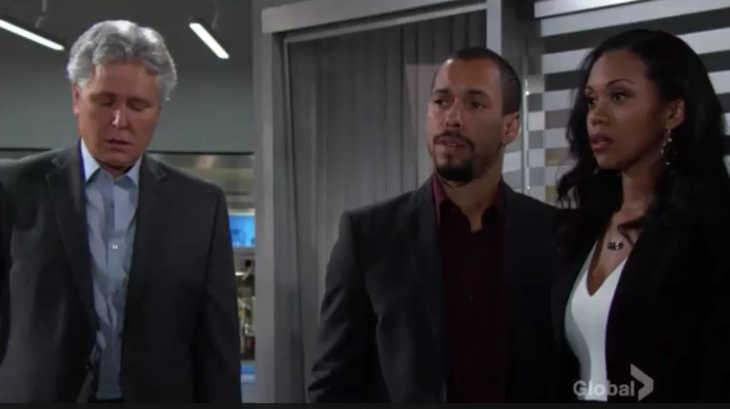 Ashley doesn’t buy it. She thinks Abby is just trying projecting her guilt. Meanwhile, Neil (Kristoff St. John) argues with Hilary (Mishael Morgan) and Devon (Bryton James). Hilary insists that the past should stay in the past. Devon thinks Hilary needs another chance to prove herself and she hints that Neil should agree. 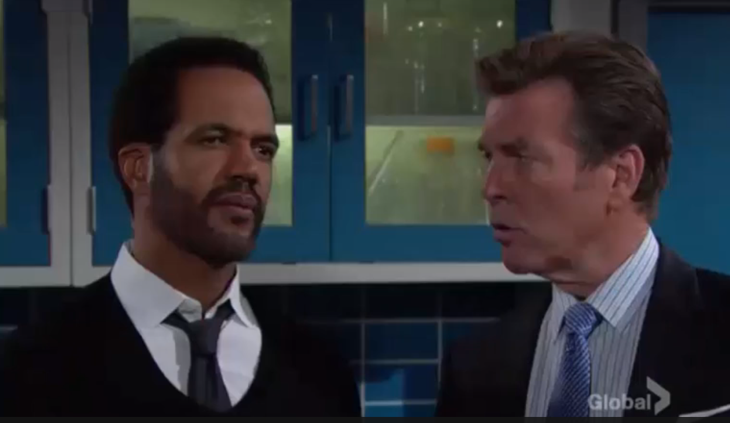 Jack (Peter Bergman) and Dr. Neville (Michael E. Knight) walk over. Neil admits he’s OK with Hilary staying on the board and Jack is puzzled. He takes Neil aside and questions him about why he suddenly dialed down the rage. Neil just wants peace. Hilary tries to get Jack on her side, too. Eventually, Jack agrees to let Hilary keep her spot. 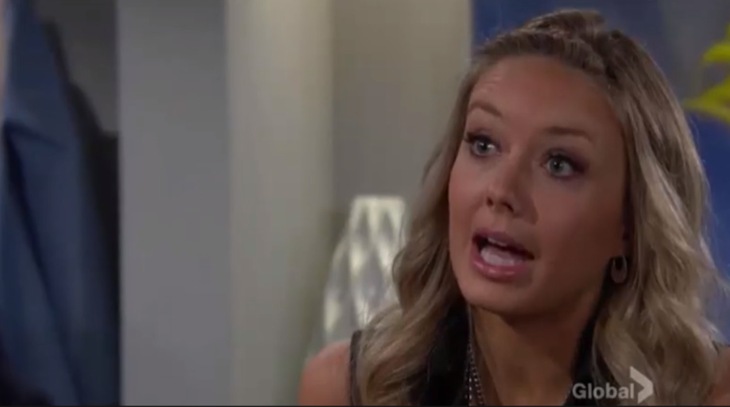 Dr. Neville gives Ashley the news, but she doesn’t really care. She’s just worried about Abby. Dr. Neville gives Ashley some compliments to lift her spirits. Back at Crimson Lights, Abby blows up at Max when he pesters her about being mad. She just wants Max to let it go. Everything isn’t about him. Abby leaves in a huff and Max thinks it proves he was right. He tells Stitch that Abby hates him.

You Might Also Like —> Sage Overhears Miscarriage Bomb, Sharon Sets Up DNA Test – Victor and Ian Plan to Use Dr. Gates

At the athletic club, Nikki meets up with Neil and fills him in on her relapse. She says she had support and she’s back on track. Neil sees Devon a few moments later. He confesses that Hilary blackmailed him into helping her keep her position on the board. At the top of the staircase, Abby takes a look around.

Other “Young and the Restless” spoilers say Nurse Stephens (Jill Lover) will face more questions from Sage. At the hospital, the nurse eventually cracks and admits she helped Dr. Anderson (Elizabeth Bogush) with the plot to steal Christian. He was given to Sharon. A shocked Sage lunges forward and grabs Nurse Stephens. She realizes Christian has been alive this entire time. 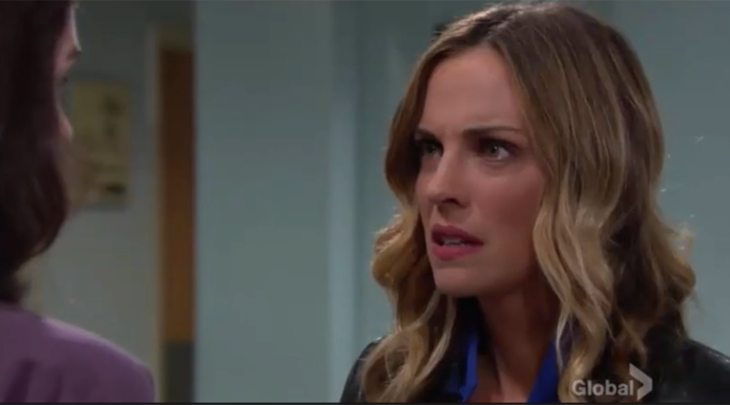 Nurse Stephens gives Sage updates on the DNA test Sharon just had done. Sage is furious that Sharon knows. She shouts that Nurse Stephens has no soul and rushes off to see her child. In the park, Sharon opens the DNA results and cries out. Nick arrives and wonders what’s wrong. Sharon claims she’s just thinking about Abby’s miscarriage as well as the baby Nick and Sage lost.

Nick thinks Sharon should be thankful she has Sully. Sharon heads home and tells Dylan they need a vacation. He’s a little confused when Sharon wants to leave right away, but he agrees. Dylan exits and runs into Nick. He mentions the trip and his excitement for his first vacay as a daddy.

Back home, Sharon frantically packs upstairs. Sage walks in and picks up Christian. She gets emotional as she says it’s really him. Sharon comes down and Sage announces that she knows the truth. Y&R rumors hint that Sage is about to unleash her fury. Stick with the CBS soap to watch the explosive confrontation ahead.