‘The Young and the Restless’ POLL: As Y&R Baby Drama Heats Up, Are You on Team Sharon or Team Sage? 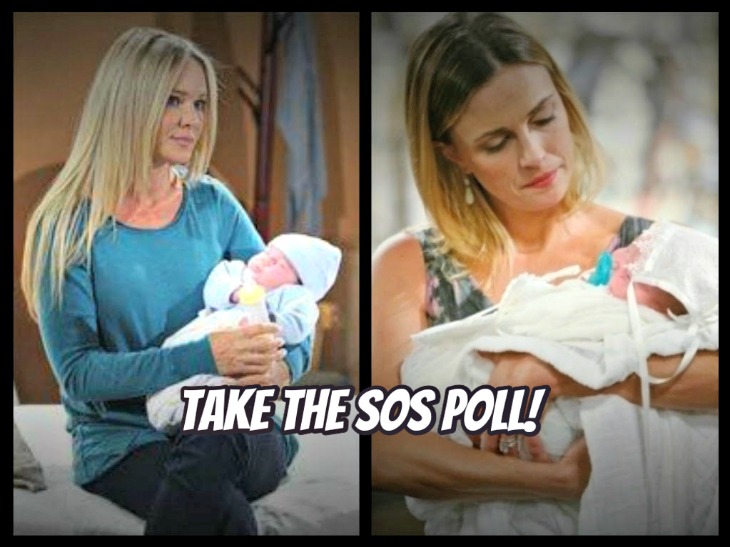 “The Young and the Restless” spoilers tease that we’re about to see the Sully secret explode in a big way. Once the truth comes out, several people will be deeply hurt. It’s easy to have sympathy for both Sage (Kelly Sullivan) and Sharon (Sharon Case), but we want to know which side you’re truly rooting for. Are you on “Team Sharon” or “Team Sage” in the midst of this baby drama?

First, let’s look at this situation from Sharon’s point of view. She lied to Dylan (Steve Burton) about the miscarriage, but she’s been a victim since then. Sharon trusted Dr. Anderson (Elizabeth Bogush) and she quickly got tangled up in her web. Thanks to all of the hardcore drugs, Sharon believed she’d given birth to Sully.

As questions began to emerge, Sharon was understandably confused by what actually transpired. Who could blame Sharon for wanting to hold out hope that Sully was indeed her child? She immediately fell in love with Sully just as any mother would. There may not be a biological connection, but Sharon has still been Sully’s mom over the past few months.

On the other hand, Sage has clearly been a victim as well. “The Young and the Restless” viewers watched Sage crumble after Christian’s “death.” Then, Sage had to go through a failed adoption. She undoubtedly deserves some happiness after everything she’s been through.

Plus, this was Sage’s miracle baby. Sharon has plenty of kids, but Sage is still longing for her shot at motherhood. She felt like Christian was her last chance. Nevertheless, there’s no denying that Sharon has developed a bond with Sully.

Should Sully be ripped away from the only mom he’s ever really known? Should Sage have to give up the child she gave birth to? It should be interesting to watch Sharon and Sage tackle these issues. No matter how things turn out, it’s going to be heartbreaking. Stick with “The Young and the Restless” for updates on the emotional scenes ahead.

So Y&R fans, are you on “Team Sharon” or Team Sage” when it comes to the baby reveal? Which woman should raise Sully? Vote in our poll and don’t forget to check Soap Opera Spy often for the latest “Young and the Restless” spoilers, rumors, updates and news.

‘General Hospital’ POLL: Who Is New Jason Better With – Liz or Sam? VOTE!