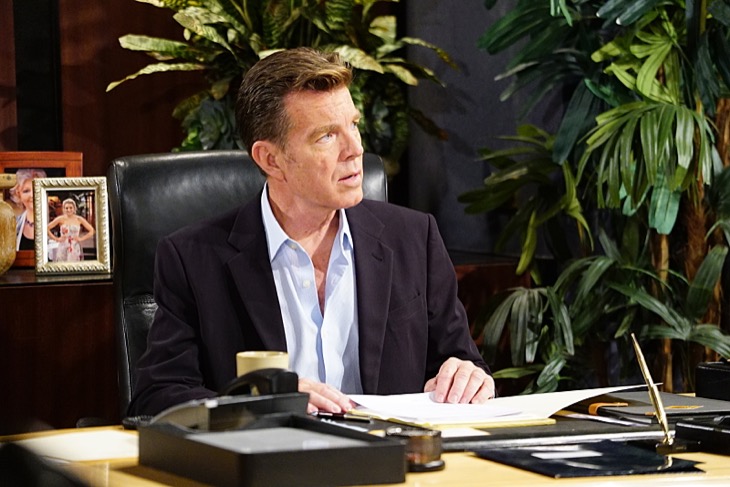 On, “The Young and the Restless,” Jack Abbott (Peter Bergman) just made a major career decision, but was it actually motivated by his buried feelings for his ex-wife Phyllis (Gina Tognoni)?

Phyllis and Jack had a good thing going until an imposter took over Jack’s life and wife. In an incredible turn of events, Phyllis was oblivious to the stranger that Victor (Eric Braeden) put in her bed, and she unknowingly lived a lie for months.

When the truth was finally discovered, Phack looked like they would pick up right where they left off, a pair of happy honeymooners.

But an inevitable darkness soon enveloped them and their love story veered off track. When Phyllis felt betrayed by Jack’s decision to back Victor, she turned to his younger, wilder brother Billy (Jason Thompson) for comfort.

Virtuous Jack was devastated when he discovered their double betrayal; who wouldn’t be?

What happened next was not pretty; the good and honorable Jack threw himself into a spiral of revenge directed at Victor, the man behind his ruination.

Jack’s knee-jerk reaction toward Victor was hasty and fueled by emotional lability, and now it looks like history is repeating itself.

This week Jack ricocheted away from Jabot, and back to the charitable foundation he previously worked at. His impetus was a talk with Neil (Kristoff St. John) who encouraged his return.

But is the desire to help the less fortunate the only reason Jack has jumped ship again? Or could he be running away from the constant temptation that Phyllis poses at Jabot? When Phack spent Thanksgiving helping the less fortunate, their connection was obvious to both of them.

But, while Phyllis welcomes a reconciliation, Jack has been forceful in his rejection of Phyllis. Maybe the man doth protest too much?

After sharing a kiss and (some clothes removing) at work, Jack is feeling the heat. His hasty decision to exit Jabot is proof that he still has feelings for Phyllis, and no idea how to handle them.