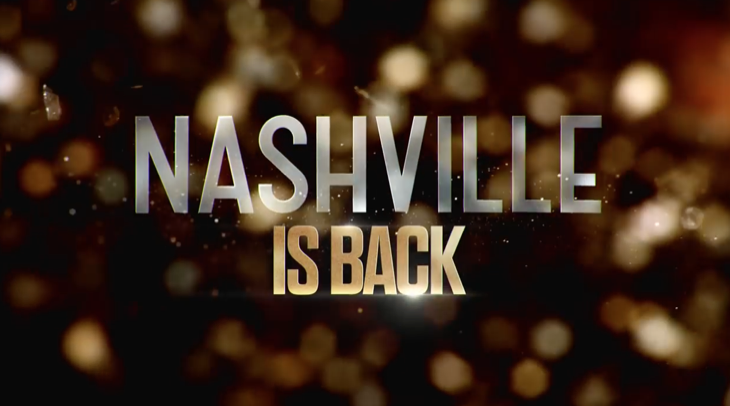 ‘Nashville’ spoilers include the release of the official trailer for season 5. CMT has also announced that there will be an extra special holiday gift for Nashies – a first look sneak peek at the new season!

On December 15 CMT will air the first hour of the two-hour ‘Nashville’ season 5 premiere. Nashies will still need to wait until Thursday, January 7 for the second hour though.

Romance is in the air. Maddie Conrad [Lennon Stella] is very interested in the new guy in town, Clay [Joseph David-Jones], a charming and outgoing musician with extreme mood swings.
Maddie and Clay are going to hook-up sometime during season 5. Deacon may want to keep an eye on this relationship, especially after Maddie almost fell prey to a record producer who once put the moves on a young Rayna.

After fans get a glimpse back at the past, the ‘Nashville’ season 5 official trailer has an exclusive first look at Rayna and Deacon who are rebuilding their family after bringing Maddie home from New York. “I want us to write our story,” Rayna tells Deacon. But before Rayna and Deacon can write that story it their relationship will be tested by Rayna’s need to control everything.

The ‘Nashville’ season 5 official trailer also hints that Will Lexington [Chris Carmack] and Kevin Bicks’ [Kyle Dean Massey] relationship may end before it even had a chance to start. Another new guy in town, Jakob Fine [Murray Bartlett] – a successful men’s clothing designer – will tempt Will who has just started to experiment with his sexuality.

Newly reunited Scarlett and Gunnar also may have finally reached the end of the road with their on-again, off-again, on-again relationship. This time Autumn Chase {Alicia Witt] isn’t to blame for the tension in the relationship.

Rayna is back in charge at her record label. The Queen of Country Music tells Gunnar and Scarlett, “Let’s release another single. Lets’ keep the eyes and ears on you. This doesn’t sit well with commitment phobic Scarlett.

The song Gunnar and Scarlett are recording must hit a nerve because Scarlett does not want to record it. The song isn’t that big a deal to Gunnar, but Scarlett angrily shouts, “Singing that song makes me want to slap the living hell out of you!”

Get ready Nashies! CMT will air the first hour of ‘Nashville’ season 5 on Thursday, December 15 – an early Christmas present from the cast, as well as the new home, of the ‘Nashville.’