‘The Young and the Restless’ Spoilers Wednesday, September 21: Phyllis Makes a Bold Move – Abbott-Winters Foundation at Stake – Jack Has an Epiphany 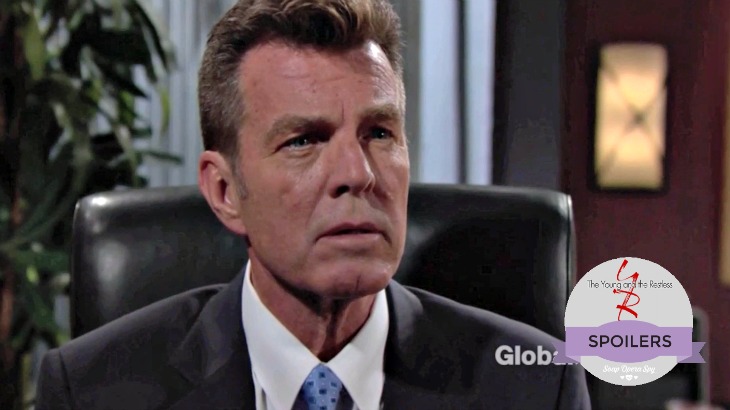 “The Young and the Restless” spoilers for Wednesday, September 21, tease that Phyllis (Gina Tognoni) will make a bold move. She knows that she’s made some huge mistakes, but she hopes she can make things right. After chatting with Michael (Christian LeBlanc), Phyllis has decided that she wants to do whatever she can to win Jack (Peter Bergman) back.

The affair news is spreading rapidly and it’s causing some major drama for Phyllis. Of course, there’s no way to sugarcoat the situation. Phyllis cheated and no one is going to think she’s an ideal member of society. Still, telling her own side of the story might be beneficial. At least Phyllis would be able to address all of the buzz and spin this somewhat.

Phyllis will go on camera to give a statement about her behavior. Wednesday’s Y&R preview video shows Phyllis saying, “There seem to be some rumors circulating about my personal life. Therefore, I am here to set the record straight.” Phyllis had better be careful. She doesn’t want to make this any worse than it already is.

You Might Also Like —> Will Kevin Discover Who Bella’s Father Is? Will Kevin Also Discover Victor’s Connection To Chloe?

Meanwhile, Lily (Christel Khalil) and Neil (Kristoff St. John) will watch Phyllis give her televised statement. Devon (Bryton James) will join them and they’ll all be glued to the screen. Phyllis’ marriage isn’t the only thing riding on how she handles this. The Abbott-Winters foundation is also on shaky ground thanks to Jack’s interview debacle and the scandal that ensued.

Elsewhere, “The Young and the Restless” spoilers reveal that Jack will have an epiphany. He’ll realize that Ashley (Eileen Davidson) was right and he’ll tell her so. Ashley will wonder what Jack’s talking about and he’ll suggest it’s about what he should do next. Ash will look a little puzzled, but Jack may or may not be willing to explain.

Phyllis hopes to repair her relationship, but she’s facing an uphill battle. At the moment, Jack is focused on revenge. “The Young and the Restless” rumors hint that Jack will still want Phyllis, Billy (Jason Thompson), Jill (Jess Walton) and Victor (Eric Braeden) to get what they have coming. Perhaps Jack will hide his true plan in an effort to blindside his betrayers.

Y&R viewers won’t want to miss what Jack has in store. We’ll give you updates as more details emerge. Stay tuned and don’t forget to check Soap Opera Spy often for the latest “Young and the Restless” spoilers, rumors, updates and news.

‘The Young and the Restless’ Spoilers: Old Phyllis Is Back – Replaces Softer Version of Red