‘The Young and The Restless’ Spoilers: Will Kevin Discover Who Bella’s Father Is? Will Kevin Also Discover Victor’s Connection To Chloe? 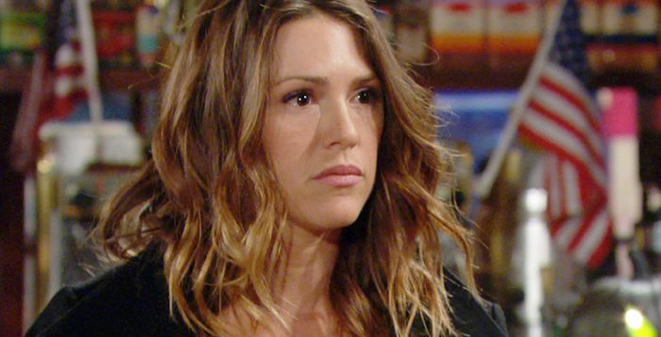 ‘The Young and The Restless’ (Y&R) spoilers tease that soon Kevin (Greg Rikaart) will discover Chloe’s (Elizabeth Hendrickson) secrets. Y&R viewers have seen Chloe’s dark side in many forms which she contributes to the death of her daughter. Chloe’s daughter Delia which died 2013 when Adam Newman (Justin Hartley) hit her by accident while Billy (Jason Thomason) went inside a store for a late night stop. Since that tragedy, Chloe has become more and more unhinged. Chloe’s has undoubtedly had her mind set on revenge towards Adam since Delia’s death.

As “The Young and The Restless” viewers also realized, Chloe had another daughter while she was away from Genoa City. Kevin originally questioned Chloe about Bella’s paternity in which a DNA test was done and she was proven  not to be Kevin’s child. Kevin originally thought he was the father even though Chloe protested he was not.

Chloe has also made every attempt to avoid confirming exactly who the father of Bella is. Spoilers indicate that in the coming weeks, Kevin’s suspicions will grow. At this point, we know that Chloe went into a laboratory and took what appeared to be a sperm specimen from Billy.  Once she had the sample she left Genoa City and was absent for about a year and when she returned she had a child. Could Billy be the father or could it be Kevin’s child after all since they did sleep together prior to her recent departure? Is it possible that Chloe had the DNA test results fixed to show Kevin not being the father?

We have also seen Chloe and Victor (Eric Braeden) with their heads together in regards to conspiring to make Adam pay. Victor had every intention of punishing his son, Adam for testifying against him which ended up putting him in jail. Chloe’s recipe of revenge was much more damaging and toxic than what Victor had in mind. Of course, Chloe had the incriminating evidence about Sage’s (Kelly Sullivan, Ex-Sage) diary so that made it somewhat impossible for Victor to squirm out of. With Kevin being suspicious of Chloe, will he also uncover the truth about Adam’s “death” and Chloe’s connection with Victor? Certainly looks like it! Stay tuned to Young and Restless on CBS Weekdays to see how this story will unfold.