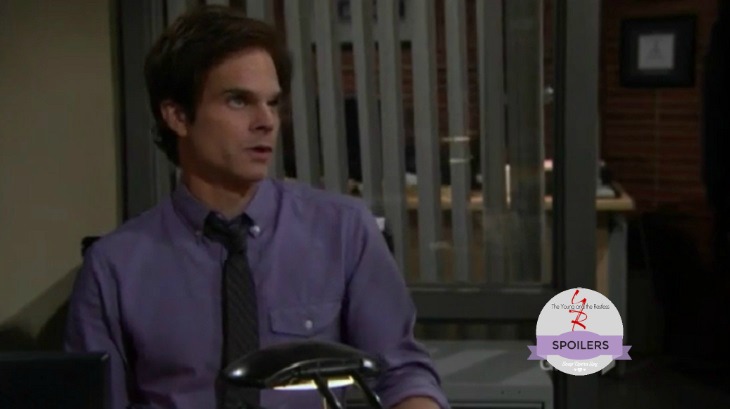 “The Young and the Restless” spoilers for Wednesday, August 17, tease that Kevin (Greg Rikaart) will uncover some shocking proof. At the police station, Kevin watches the surveillance footage of Bethany (Chrishell Stause). He sees her take the money from the bus station and passes along the news to Paul (Doug Davidson).

Paul insists Adam (Justin Hartley) took a plea deal. The case is closed. Kevin thinks this is about more than clearing Adam. It could prove Chloe (Elizabeth Hendrickson) is innocent. Kevin wants to keep digging and uncover more evidence.

Meanwhile, Chloe sits by Delia’s (Sophie Pollono) roadside memorial. She tearfully suggests that she just wanted payback. Chloe hopes to move on and learn to live with her actions against Adam. 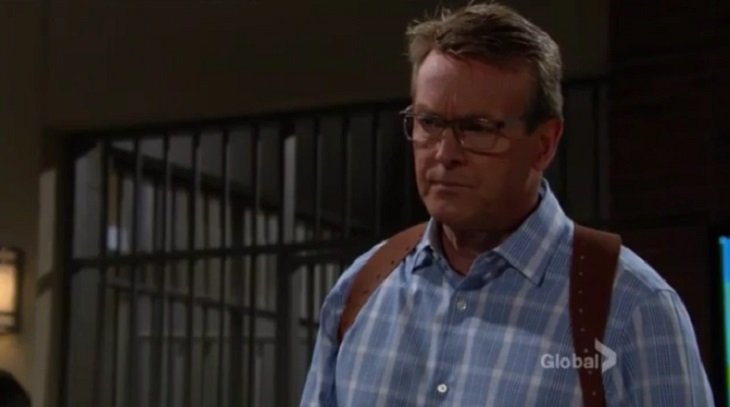 Related: Luca Attempts To Set Up Travis As Victor Plots A Second Frame

At Newman Enterprises, Bethany wants to know what’s up with the cash. Victor (Eric Braeden) pretends he’s not in the loop, but insists Bethany should take advantage of this. Victor eventually admits that Adam will get out of prison if Bethany disappears. She starts to get a better picture of what’s going on.

Victor promises Bethany won’t end up in jail if she obeys his orders. She demands $3 million and he makes the deal. After Victor hands over the extra cash, he informs Bethany that she needs to purchase a flight out of town immediately. Bethany leaves and Victor makes a phone call. He says that she’s on her way.

Chloe walks in and mentions the woman she just passed. She wonders if that’s who Victor is pinning their crimes on. Chloe starts pacing around and talking about her future with Bella (Cali May Kinder). She wants to make sure everything will work out. Victor assures Chloe that she’ll be off the hook along with Adam.

Other “Young and the Restless” spoilers reveal that we’ll see more strife for Jack (Peter Bergman) and Phyllis (Gina Tognoni). At the athletic club, Jack snaps at Phyllis over her lies. He knows she’s been working with Victor to keep Summer (Hunter King) away from Luca (Miles Gaston Villanueva). 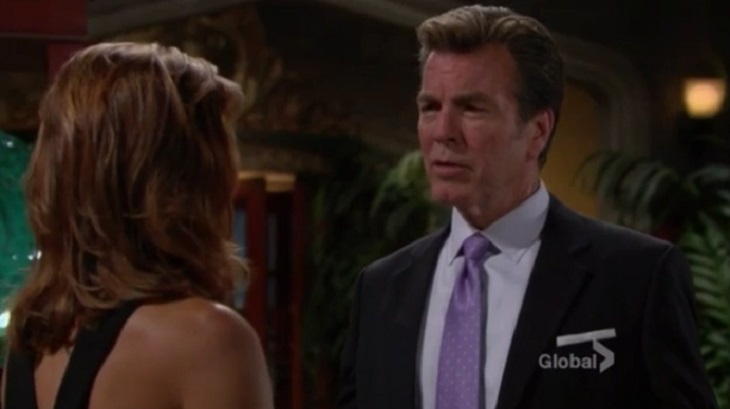 Phyllis defends her scheme. She won’t let Summer make this mistake. Phyllis lashes out at Jack for treating her like a disobedient child. She’s sick of hearing lecture after lecture. Phyllis leaves in a huff.

At the Brash and Sassy office, Victoria (Amelia Heinle) hints that she couldn’t just take the kids away from Billy (Jason Thompson). That’s why she didn’t set sail with Travis (Michael Roark). She likes they they’ve had the opportunity to spend time as a family. Phyllis appears and notices their warm moment. She wants to speak with Victoria privately.

Phyllis thinks Travis will listen to Victoria if she visits him in person. Victoria wants to leave that chapter closed, but Phyllis persists. She begs Victoria to help out for Summer’s sake. Victoria caves in and agrees to make the trip. 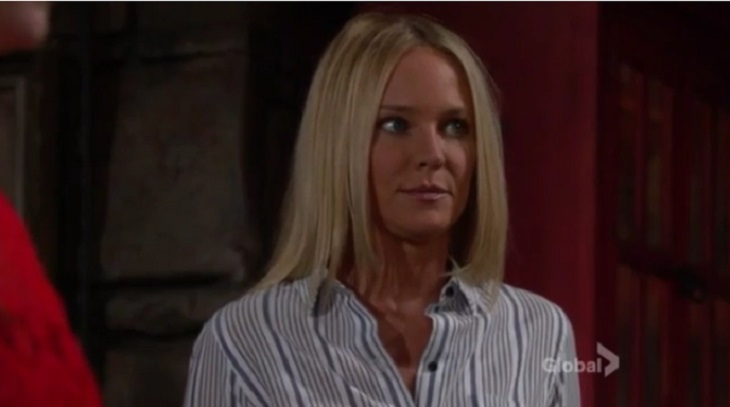 At Sharon (Sharon Case) and Dylan’s (Steve Burton) place, Mariah (Camryn Grimes) is perplexed. She wonders why Dylan has been sleeping on the couch. Sharon says they had a disagreement and apologizes to Dylan. Mariah applauds them for working through their conflict.

Kevin arrives and gives Dylan updates on the search for new evidence. Dylan leaves to see what’s happening. Kevin spots the flowers he ordered for Chloe and wonders why Mariah has them. She confesses that she took them before Chloe read the card. Kevin doesn’t appreciate Mariah’s meddling. 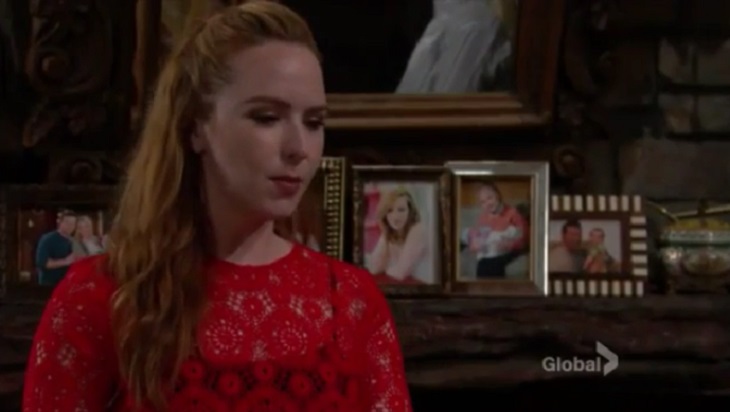 After Mariah rushes out, Kevin tells Sharon that he doesn’t understand. Sharon implies that Kevin needs to see what’s in front of him. At the bus station, Paul is brushing for fingerprints when Dylan walks in. Dylan wants to help look for clues.

Related: Chancellor Mansion Has Been Officially Restored For ‘Y&R’ Fans

Later, they dig through Bethany’s hotel room. The place is messy, so they assume she wanted to get out of there quickly. Dylan finds a stash of wigs and seems surprised. Y&R rumors hint that Dylan will wonder if they’re really on the right track.

At the club, Jack tells Billy what went down with Phyllis. He laments the fact that Phyllis lies to him so easily. Jack craves stability in his relationship more than passion. Unfortunately, Jack probably isn’t going to get either one. Stick with the CBS soap to see the heartache that’s in Jack’s future.

‘General Hospital’ Spoilers: Liz Struggles With Whether To Pursue Romantic Relationship With Franco – Will A Mysterious Package Sway Her Decision?

‘The Bold and the Beautiful’ POLL: Do You Want Thomas with Sasha or Caroline? VOTE!