‘General Hospital’ Spoilers: Liz Struggles With Whether To Pursue Romantic Relationship With Franco – Will A Mysterious Package Sway Her Decision? 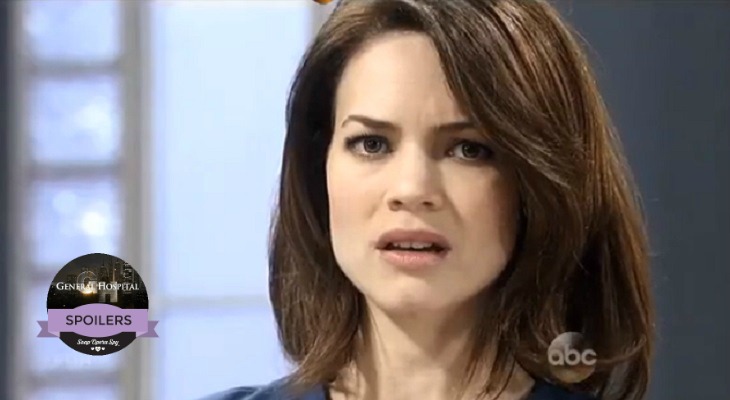 We have all witnessed over the last few weeks Elizabeth Webber (Rebecca Herbst) struggling with her feelings for Franco (Roger Howarth). So will she decided to be with him or go their separate ways?

GH spoilers tease that Elizabeth will sit down for a long talk with Jake (Hudson West), but will they end up talking about Mom’s attraction to his use to be art therapist or perhaps the still-unsolved mysteries surrounding his time on Cassadine Island?

According to ABC Soaps In Depth magazine “Elizabeth receives a mysterious package, and then turns to Franco for support.” Then magazine goes on to say “Liz struggles to make a major decision about her future.”

Will Franco be there to support Elizabeth in her time of need? Hopefully so, and then the two will continue building their relationship. A  lot of GH fans are actually liking Elizabeth and Franco as a couple and hope the writers continue on with their love story instead of putting an end to it before it ever gets started.

GH’s Liz recently cleared Franco’s name, but with him being unaware of her actions, he acted like a real jerk because he felt like she was doubting him, in all reality she was just trying to help. When Dr. Obrecht (Kathleen Gati) brought it to his attention he felt bad. It’s really apparent that they care for one another.

Jason (Billy Miller) yet again told Liz he didn’t like the idea of her dating Franco, but the nurse told her ex to butt out of her business. So obviously she is not gonna let him stand in the way. So what will it be that holds her back if she decides not to be with Franco?

With Liz struggling to make a decision about her future, I guess we will have to wait and see if it impacts her and Franco’s budding romance. So GH fans, are you excited to see how this plays out?  What do you think Liz’ mysterious package is? Stay tuned to ABC’s General Hospital to see how it all goes down. Don’t forget to check often with Soap Opera Spy for all your latest General Hospital spoilers, news, updates, and more.