‘The Young And The Restless’ News: Nichelle Nicholls And Kristoff St. John Deliver Masterful Performances Together 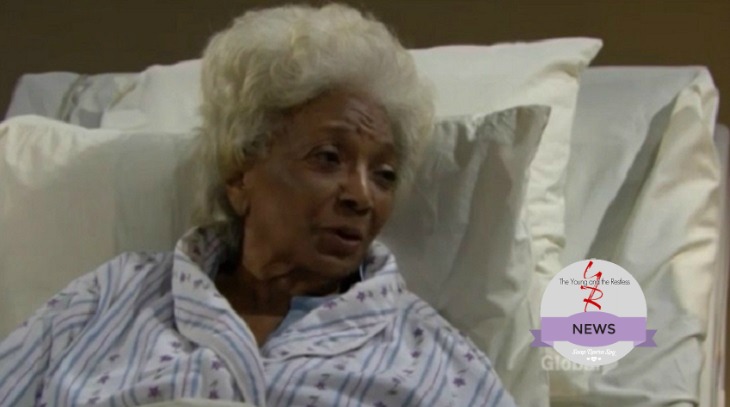 Nichelle Nicholls’ guest-starring appearances on ‘The Young and the Restless‘ added to the many fine touches during a week’s plus worth of celebrations. Famed for her role on ‘Star Trek‘ as Lieutenant Uhura, Nicholls (Lucinda) and Kristoff St. John (Neil) were paired for two shows, starting with Y&R’s milestone 11,000th episode. They combined to offer masterful performances.

Neil went to see his mother in an assisted living facility after being pressured by Lily (Christel Khalil), Devon (Bryton James) and Cane (Daniel Goddard). He arrived in ill humor and verbally brow beat the frail Lucinda for having abandoned his father and himself decades earlier. However, her unexpected explanation for her departure proved to be life-changing.

Fans of ‘The Young and the Restless’ have suffered with Neil as he’s fought the bottle on and off through the years. His relatively recent drop off the wagon resulted from ‘Hevon’s’ revival. That deep personal history made Lucinda’s acknowledgment that she was an alcoholic eye-opening.

St. John’s deeply emotional response to Nicholls heart-felt delivery enabled loyal viewers to fill-in Neil’s genetic backstory. Alcoholism has come to be seen as a disease, instead of a voluntary choice, in modern times. Neil gained two infinite insights by learning that his mother battled the demon he’s known for years. Lucinda’s revelation underscored genetic tendencies in similar directions and also helped to explain why she felt forced to leave her family.

The scenes with Nicholls and St. John evoked memories of the equally great work George Kennedy (Albert Miller) initially did with Eric Braeden in 2003 (also returning in 2010). At that time Victor tried to make amends with his father, who was dying. Miller lambasted Victor in front of Nick (Joshua Morrow) and wanted nothing to do with the son he had abandoned as a child. Those memorable scenes allowed viewers to feel a new sense of empathy for Victor, who had generally exuded inexplicable ruthlessness until that point in time.

In Neil’s instance, along with ‘The Young and the Restless’ itself, it’s a shame that Lucinda can’t remain on the show longer. Having Nicholls be part of the cast would surely offer an additional touch of class to the soap and help to expand this dimension of St. John’s character.