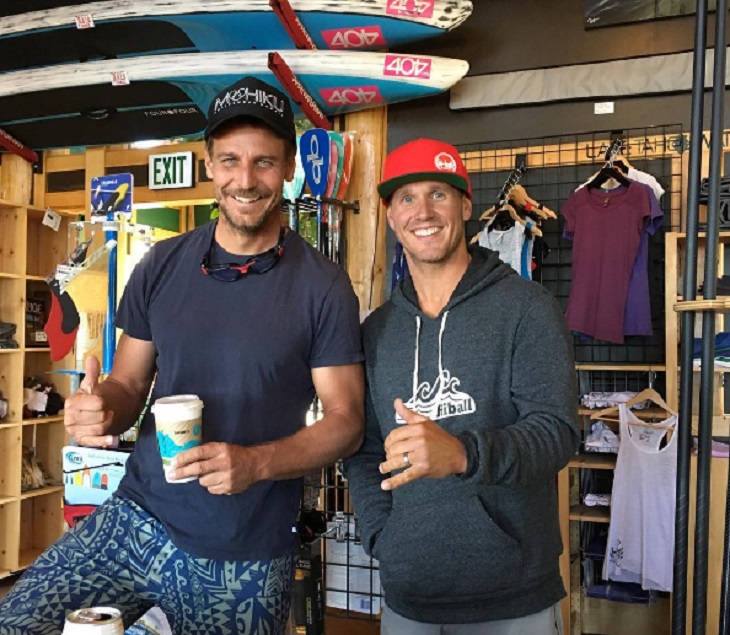 ‘General Hospital’ Ingo Rademacher [Jasper ‘Jax’ Jacks] had a brief stay on ‘GH’ but that doesn’t mean the actor isn’t back to work. Ingo and his wife Ehiku Rademacher have been hard at work shooting a new ad for their Mahiku Activewear line of clothing.

Ingo recently revealed that the Rademachers’ were expanding their business to include a full lifestyle brand of activewear clothing. Ingo shared a photo on Instagram of Ehiku shooting the latest ad for Mahiku Activewear. The entrepreneur wrote:

Related: Is Romance In The Air For Hayden And Finn, Or Quirky Doctor Covered For Hayden As A “Friend?”

“It’s always fun to shoot the talented @ehiku Rademacher who never complains…….. Ok. Let’s do that …….just …….one more time…… Ok great. Just ……one more time and then…. @mahikuactivewear #runningman ?”

‘General Hospital’ may currently be missing Carly Corinthos’s [Laura Wright] ex-husband, but fans of Hawaii Five-O will see Ingo return in a recurring role on the CBS drama. Ingo was cast in 2011 as Federal prosecutor Robert Coughlin, a bad guy turned good guy.

Not long after the photo shoot the Rademachers’ headed off on a well-deserved vacation with their two boys in Lake Tahoe. Ehiku and Ingo have both shared photos of the family, which includes Peanut Kai, 8, and Pohaku Zen, 4, enjoying some family time together before Ingo returns to work shooting Hawaii Five-O.

It’s always fun to shoot the talented @ehiku Rademacher who never complains…….. Ok. Let’s do that …….just …….one more time…… Ok great. Just ……one more time and then…. @mahikuactivewear #runningman ?

Related: Is Romance In The Air For Hayden And Finn, Or Quirky Doctor Covered For Hayden As A “Friend?”

But ‘GH’ fans shouldn’t worry that they’ll never see Jax Jacks back in Port Charles. Ingo has previously revealed he’s always open for a return to the soap opera whenever his schedule allows. The actor/businessman has also stated in interviews that he and Ehiku are open to moving back to the Los Angeles area as their Mahiku Activewear line sales grow.

‘The Young And The Restless’ News: Nichelle Nicholls And Kristoff St. John Deliver Masterful Performances Together