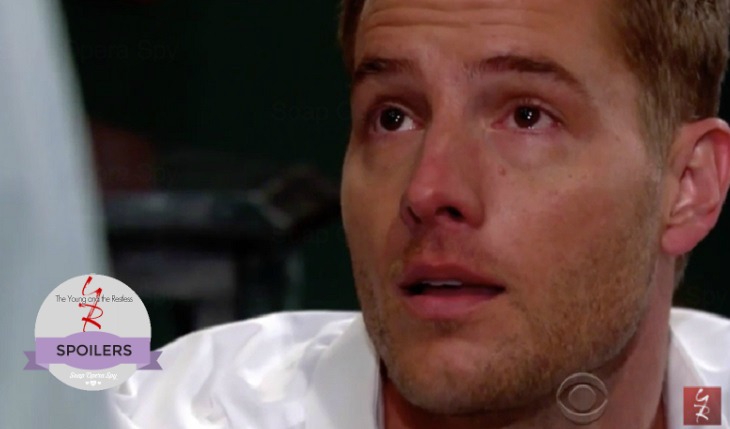 ‘The Young and the Restless’ appears to have written out the Adam Newman (Justin Hartley) character with another explosion. Loyal viewers of CBS’ iconic steamer already lived through Michael Muhney’s departure, via an exploding SUV. Now, under far different circumstances, Y&R created a storyline that seems to have removed Adam from Genoa City. Of course these matters are reversible, as all soap fans know.

Chloe (Elizabeth Hendrickson), who was a key player during Muhney’s tenure, was nicely reinserted into the current Adam arc. At its climax, she located the escaped convict and attempted to kill him using a dart gun. However, viewers were left to wonder what transpired, as the cabin where Chloe plugged Adam exploded just as Chelsea (Melissa Claire Egan) was approaching.

The need to write Adam out of the script was an employer’s choice in 2014. Jill Farren Phelps, who was executive producer of ‘The Young and the Restless’ at the time, opted to non-renew Muhney’s contract. A soapy social media storm, the likes of which hadn’t been seen before, then ensued. Crossing out all pure opinions about why that unexpected event happened, viewers were left with the statements of Phelps and Muhney as main sources.

The need to recast that pivotal role was apparent. Phelps and her team eventually decided upon Hartley. Interestingly, Muhney himself later noted that he was being considered as well. That point was never refuted by Y&R, which further undercut rampant speculation about why he had actually been let go. Muhney also offered Hartley his best wishes, which was smart on many levels.

Balanced fans weren’t looking for Muhney 2.0. Hartley’s selection, subsequent performance and audience acceptance all proved to be home runs. His success as Adam isn’t reasonably disputed, which made the hysterical vitriol aimed at Phelps look even more wrong in retrospect.

It’s believed that Hartley informed his employer, ‘The Young and the Restless‘, that he’d accepted a role on another broadcast network’s new prime time show earlier this year. So, Y&R had another decision to make regarding the Adam character in 2016. Current executive producer Mal Young and his team must have been familiar with baseball’s legendary Yogi Berra. The Hall of Fame baseball player, manager and coach offered many endearing quotes during his great life including, “It’s deja all over again.” And so the ever-embattled Adam Newman was involved in another explosion and now faces an unknown future (and new face?) again.

‘General Hospital’ Spoilers: Is Romance In The Air For Hayden And Finn, Or Quirky Doctor Covered For Hayden As A “Friend?”