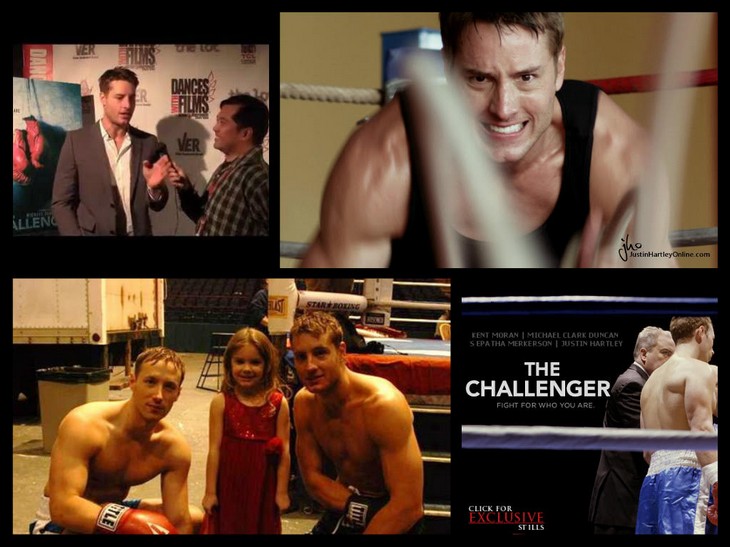 We can’t seem to get enough of this talented and hunky actor Justin Hartley. He recently received his first Daytime Emmy Nomination for his awesome portrayal of Adam Newman on ‘The Young And The Restless’ in the category of Outstanding Lead Actor. Hartley has also appeared in several films, one of the recent roles he taped is James in ‘The Challenger.’ And, we have exciting news, ‘The Challenger‘ was just released on Netflix!

The official Challenger twitter account has been teasing all week that the show is now available on Netflix. Their most recent announcement released today highlights Justin Hartley as they tweeted “The champ’s never been knocked down, but can he last against The Challenger? See @Hartleyjustin today on Netflix!” Kent Morgan, who plays the role of the lead character Jaden Miller, also shared the news via his official Facebook page with a post that reads “The Challenger is now on Netflix! Check it out here:”

According to Soap Opera Spy’s previous report on ‘The Challenger,’ “James (Hartley) and his mother (S. Epatha Merkerson) are evicted from their home and the promising fighter needs to find a way to keep his family from becoming homeless.”  And as usual Hartley brought his A-game to the table. This is not one to miss, if you haven’t seen it already.

After a successful release and captivating several viewers with its fine storyline, the show has been released on several different platforms. All Netflix users now have the opportunity of instantly viewing the movie whenever their hearts desire – and you can watch it as many times as you want.  If you do not have a Netflix subscription, you can head over to the official website and sign up for a trial membership.

So what do you think of this Y&R fans? Did you enjoy Hartley’s role in ‘The Challenger’? Are you happy that they are making it available on Netflix? What review would you leave of the movie?

‘The Bold and the Beautiful’ POLL: Who Does Steffy Belong with Liam or Wyatt? VOTE!