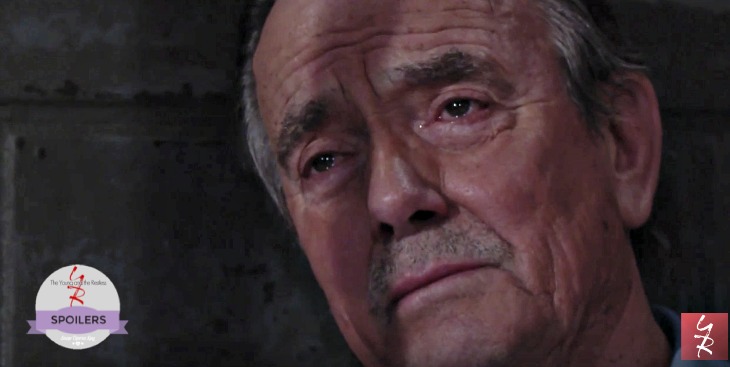 “The Young and the Restless” spoilers for Wednesday, April 13, tease that Victor (Eric Braeden) will dream of Nikki (Melody Thomas Scott) and the love they used to share. In the prison infirmary, Victor wakes up to see Dr. Meredith Gates (Alicia Coppola). She says she stitched up Victor’s stab wound and then asks about his dream. Victor gives a vague response about someone he used to care for.

Meredith asks Victor about his attacker, but he won’t talk. The doc revisits the idea of love. She’s in the loop on Victor’s family testifying against him, but she thinks he should forgive them. Meredith mentions that she’s met a lot of guys like Victor. Vic put the bars up and he’s the only one who can take them down.

Elsewhere, Jack (Peter Bergman) is disheartened when he wakes Nikki up from a dream and realizes she’s been drinking again. Nikki says she remembered it was her anniversary. She wants to see Victor and find a way to feel peace.

Jack doesn’t think it’s a good idea. Victor is a trigger for Nikki and that’s not what she needs right now. Nikki persists and Jack eventually agrees to set up a meeting. However, he warns that Nikki should be careful what she wishes for when it comes to Victor.

You Might Also Like —> Devon Puts His Foot Down with Hilary, Ashley Pleased – Victor and Nikki Recall Happy Memories

Back at the state pen, Nikki shows up and is turned away. She learns Victor doesn’t want to see her. Nikki is crushed. In his cell, Victor continues recalling memories of better days with Nikki. He tears up as he remembers their romance.

At Crimson Lights, Max (Jared Breeze) is annoyed by his scheduled playdate with Charlie (Aidan Clark). Abby (Melissa Ordway) and Lily (Christel Khalil) urge them to have some fun. They head off to play nearby while Abby opens up to Lily. She’s concerned about how she can’t connect with Max.

Other “Young and the Restless” spoilers reveal that Max will stir up more trouble. When Max issues a dare, Charlie pulls the fire alarm. Lily confronts Charlie, who blames Max for daring him. Lily hands down a punishment and Abby reprimands Max. He doesn’t seem to care.

At the lab, Dr. Neville (Michael E. Knight) and Ashley (Eileen Davidson) discuss the flowers and notes they received. They figure out that Abby was scheming to get them together. Ashley and Dr. Neville brush off the idea of a romance. They point out their relationship as friends and colleagues.

Meanwhile, Devon (Bryton James) tries to get Hilary (Mishael Morgan) out of the office. He wants a break from business. Hilary resists at first, but Devon keeps at it. They share a kiss and Ashley walks in. She wants her office back and Devon agrees it’s time. Hilary is outraged, but Devon stands his ground. He’s the one who signs the checks.

Hilary stomps off and Devon lets Ashley know that it’s OK. If Hilary and Devon can’t make their marriage work, he won’t want Ashley to feel responsible. At the hospital, Dr. Neville and Stitch (Sean Carrigan) argue about the flowers that Abby sent. Dr. Neville thinks Stitch needs to make Abby feel more secure in her relationship. She needs to know Stitch isn’t focused on Ashley.

The argue until Abby drops off Max. Stitch learns about the fire alarm incident and scolds his son. Max gripes that Lily is cooler than Abby. Stitch wants Max to make an effort. He needs to give Abby a chance. Back at the lab, Abby vents to her mom. She’s upset about Max, but Ashley offers reassurance.

Talk turns to Abby’s matchmaking tactics and Ashley isn’t happy. As Dr. Neville listens nearby, Ashley says there’s nothing going on between them. She insists that there are no romantic feelings. At Crimson Lights, Lily gives Devon some advice. She feels like honesty is what Hilary and Devon need right now.

Unfortunately, Hilary will be busy lying across town. She’ll tell Jack that she offered to give Ashley her office back. When Hilary pushes for a seat on the board, Jack welcomes her to the foundation. Y&R rumors hint that Hilary is in for a rude awakening soon. It could mean bad news if Hilary doesn’t get what she wants. Stick with the CBS soap for updates on what’s in store.

‘The Young And The Restless’ Spoilers Thursday April 14: Summer Fights With Phyllis, Compares Mother To Victor – Victoria Freaks Out On Jack