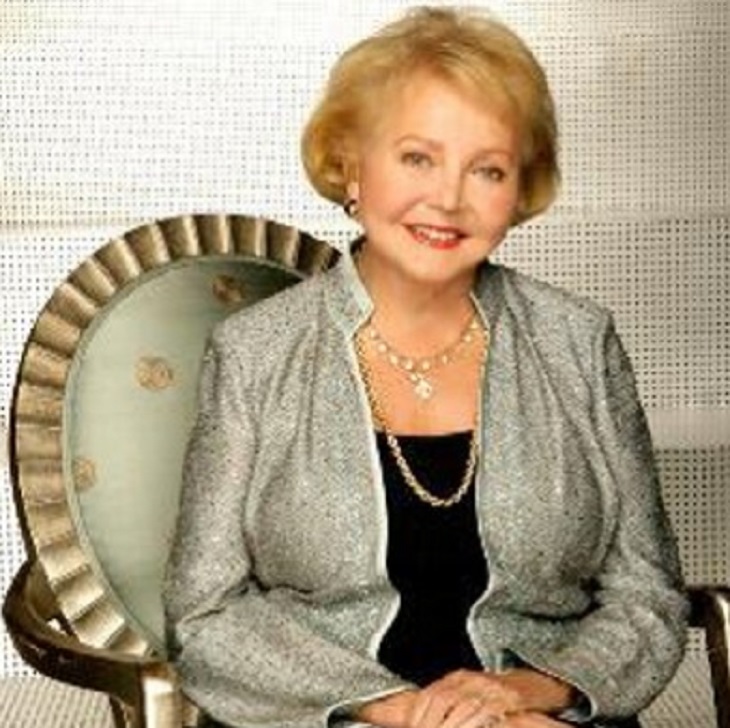 ‘The Young and the Restless’ celebrated its milestone 11,000th episode in grand fashion. A series of interviews and flashback sequences introduced episodes leading into the event on September 1. Then, a great cameo appearance by series co-creator Lee Phillip Bell topped off the show.

Bell and her husband created and launched ‘The Young and the Restless’ in 1973. Bill Bell passed away in 2005, but his influence and memory endures. And, as fans know, their daughter, Lauralee Bell plays Christine, Genoa City’s District Attorney, on the show.

The setup to the scene where Lee Phillip Bell appeared was nicely done. Doug Davidson (Paul) has been part of the cast since 1978, and has worked in the most Y&R episodes ever. Paul and his wife Christine, were rightfully prominent in Bell’s cameo scene.

After attempting to get Victor (Eric Braeden) to accept a deal that the district attorney’s office was offering, Paul and Chris left the Newman Ranch and went to dinner. Lily (Christel) could be seen speaking to a woman who was seated alone at a table in the background of the GC Athletic Club setting. That woman was Lee Phillip Bell.

Paul and Christine finished eating and were preparing to leave. Upon asking Lily for the check, she advised that it had already been taken care of. She pointed to the referenced woman, who told Lily that they (Paul and Chris) reminded her of her late husband and herself. Bell then blew a kiss to them and the audience. Paul and Chris returned Bell’s good wishes and looked at each other warmly.

Related: Can Phyllis Stay Faithful To Jack, Or Will She Cheat With Her Brother-In-Law Billy Again?

That scene allowed all four characters to gently nudge, but not break, the fourth wall on ‘The Young and the Restless’. For readers who don’t know, the phrase ‘the fourth wall’ refers to the invisible line that separates fictional characters from the audience. When the fourth wall is broken, a character (or characters) becomes aware of her, or his, fictional nature and possibly, speaks directly to the audience. This touching moment paid honor to the Bell family, while also acknowledging the audience. That meaningful and memorable gesture also capped a celebration for one of the great soap operas in history.

‘General Hospital’ Spoilers: Is Romance In The Air For Hayden And Finn, Or Quirky Doctor Covered For Hayden As A “Friend?”