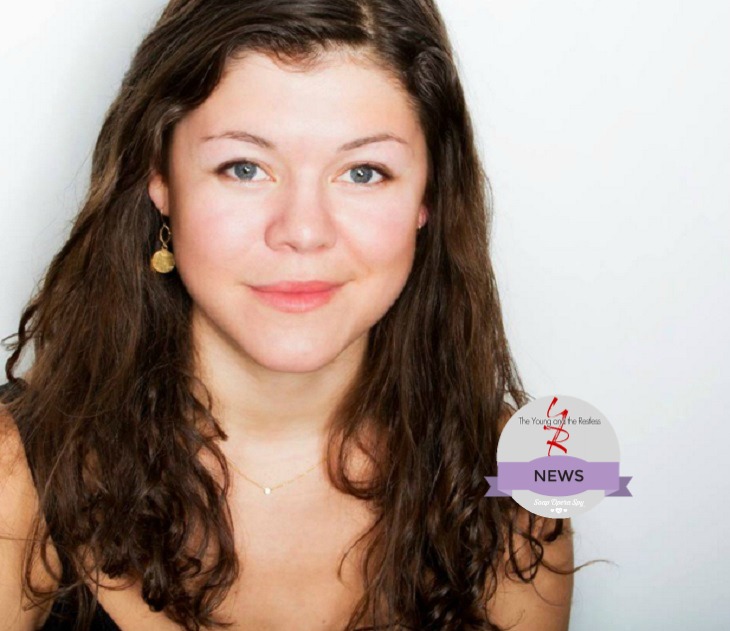 The cast of ‘The Young and the Restless’ is about to get larger – Devon Martinez has joined the cast in the role of Shawn Taylor. Martinez’s first air date is set to be March 1st. Fans may recognize the last name, as she is connected to popular American actor A. Martinez, he is her father. A. Martinez is currently airing as Eduardo Hernandez on ‘Days of Our Lives’. Devon has had a brief acting career with roles on short films such as Before Your Eyes and Four Winds.

Shawn is said to be a character that comes to town pregnant, and is also a young woman seeking to give up her child for adoption. ‘The Young And The Restless‘ spoilers tease that Shawn’s baby is almost due and at this point she feels she is not ready to take care of the child, hence the reason she wants to give the baby up for adoption.

This leads to the question, which current couple in Genoa City is about to adopt a child? Most likely will be those that are unable to have children of their own. Already spoilers indicate that Shawn will consider Nick (Joshua Morrow) and Sage (Kelly Sullivan) for the adoption. But do they actually want to adopt a child? It is possible, since Sage was told from the beginning she could never have children and the one child she was lucky to have she lost.

But, spoilers are indicating that Nick and Sage will find out that their child they once thought was dead is actually alive. The child whom Dr. Anderson gave Sharon (Sharon Case) and Dylan (Steve Burton) now named Sully will be revealed to be Baby Christian. Will Sage and Nick  allow Sharon and Dylan to raise their child while they adopt?

There is no word on how long Devon will be with the series, or if her character will somehow be highly integrated into the canvas. But, you can stay tune for updates on this story and other ‘The Young And The Restless’ spoilers and news.

‘All My Children’ Interview: Susan Lucci Opens Up About ‘AMC’ Cancellation – Actress Says She Was ‘Blindsided’