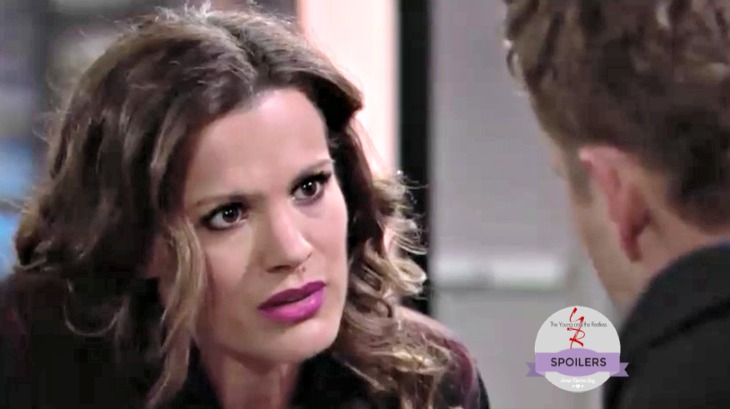 “The Young and the Restless” spoilers for Friday, February 26, tease that Summer (Hunter King) may be in a bit of a mess. In Thursday’s episode, Summer offered to let Luca (Miles Gaston Villanueva) stay at her apartment while he works out what to do next. However, that decision could put Summer on Victor’s (Eric Braeden) bad side if he finds out.

Summer will tell Natalie (Mara McCaffray) that her grandpa doesn’t put up with people who are disloyal to him. We recently saw proof of that when Victor turned Noah (Robert Adamson) over to the cops. If you’re going to betray Victor, you’d better hope you don’t get caught.

Just like most Genoa City residents, Natalie seems alarmed by Victor’s power and ruthlessness. She caved in once the threats got serious. Nevertheless, Natalie will admit that she’s looking to screw over Victor. Of course, it’s not like Summer can turn Natalie in now. Natalie could easily give Victor the news about Luca. It appears both Summer and Natalie could be in over their heads soon.

Meanwhile, Chelsea (Melissa Claire Egan) and Adam (Justin Hartley) will have a deep conversation. “The Young and the Restless” spoilers say Chelsea will beg Adam to trust her with the truth. Adam will relent and state that he’ll tell Chelsea everything. Y&R rumors hint that Adam may give Chelsea updates on Marco (Peter Bergman) and all the drama that’s been stirred up with Nikki (Melody Thomas Scott).

Phyllis (Gina Tognoni) is already filled with rage over Nikki and Neil’s (Kristoff St. John) knowledge of the whole ordeal. Jack (Peter Bergman) will bring Phyllis a bouquet of flowers and try to do a little sweet talking. Unfortunately, that’s not going to get Jack out of the doghouse.

Friday’s preview video shows Phyllis telling Jack that it’s not enough as she throws the flowers in the trash. It looks like things will continue to be tense for Jack and Phyllis in the coming weeks. Are they on the verge of a divorce? Time will tell, but it’s clear that Phyllis is feeling angry and hurt. Stick with the CBS soap to see if Jack and Phyllis will eventually split.