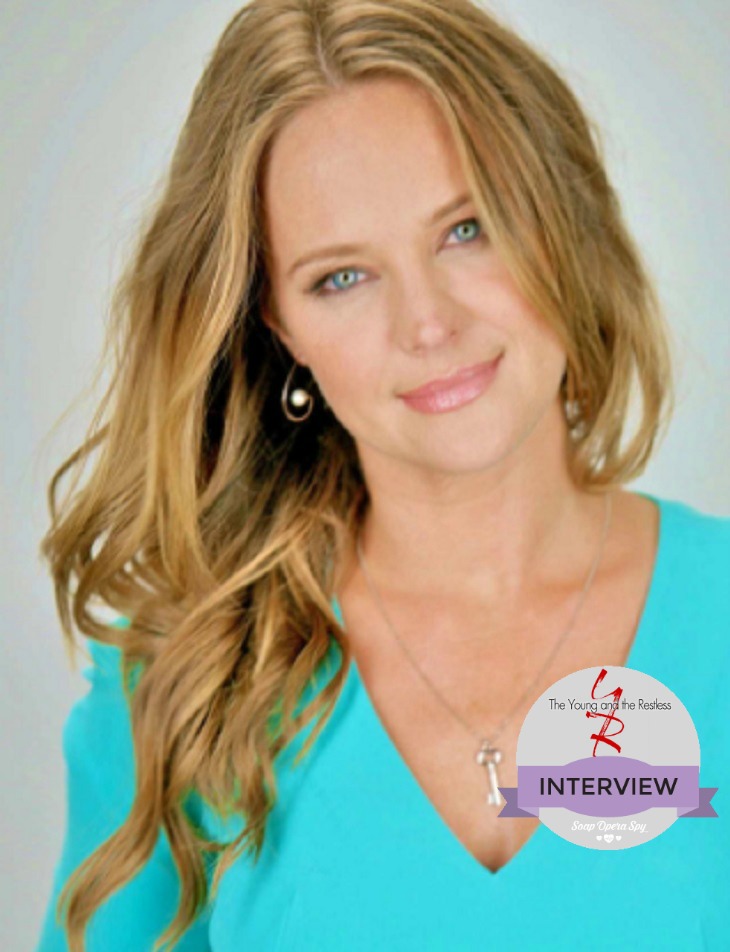 Will Sharon (Sharon Case) ever tell the truth about baby Sully on ‘The Young And The Restless?‘ For the past couple weeks we watched Sharon and Sage (Kelly Sullivan) unravel things to make the shocking discovery that baby Sully is actually baby Christian. In this week we will see Sharon struggle to keep things together. She will also struggle to keep the secret that Sage and Nick (Joshua Morrow) are the biological parents of Sully. What is the reasoning behind Sharon staying quiet? Is she doing it for the man she loves or just to save herself?

Sharon Case spoke with Soap Opera Digest about her character. In her mind Sharon is concerned about the impact the truth will have on her husband Dylan (Steve Burton). “It’s about whose lives are going to change and maybe not for the better,” Case tells SOD. Sharon knows from personal experience how awful it is to lose a child, hence the reason for her withholding the truth from Dylan. Sharon worries the truth will affect not only Dylan but also her daughter Faith (Aly Lind). Faith thinks of Sully as her baby brother so it would be hard for her to believe anything else.

Sharon is also thinking about Sully according to Sharon Case. Sharon is the only mother Sully knows, it would be bad for them to be separated. Also, the fallout that will take place when the truth comes out will be huge, she thinks it’s best to stay quiet – at least for now. Sharon in no way thinks she is responsible for Sage’s death. “Sage had figured out that Sully is her son on her own and she was determined to go and tell Nick,” Case noted. Adding that “Sharon was trying to find out the truth too, so she doesn’t feel responsible for what happened to Sage. Sharon truly feels that she and everyone else in this are all victims.”

In regards to the impact it will have on Nick, Sharon talks to SOD, “She wants him (Nick) to still be around his son,” Case adds, “If Nick can’t actually raise his son, Sharon knows that it’s important that he at least watch Sully grow up. Every time he learns a new word or has a new tooth, she doesn’t want Nick to miss out on any of those milestones.”

Will Sharon be the one to tell the truth eventually or will someone else? What sort of impact will the truth have on Adam (Justin Hartley) and Chelsea (Melissa Claire Egan) since the child is in fact Adam’s? How will Nick and Dylan feel when the truth is revealed? Will Sharon get to keep the baby?