‘The Young And The Restless’ Spoilers: Phyllis And Billy Admit Their Feelings – Jack Devastated By Affair 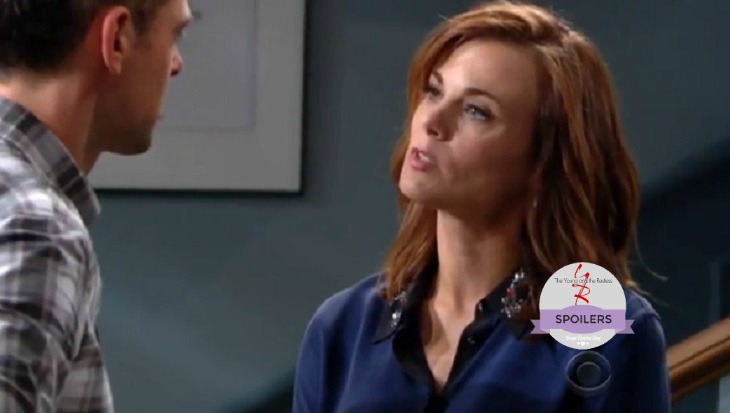 ‘The Young and the Restless‘ spoilers indicate that Phyllis Abbott [Gina Tognoni] and brother-in-law Billy Abbott [Jason Thompson] are going to push the limits of their relationship to the breaking point. It’s not going to be a divide. Phyllis and Billy are finally going to admit they have feelings for each other.

As May sweeps go into full swing on Monday May 9, Jack Abbott [Peter Bergman] finds his wife and his brother mooning over each other in Chancellor Park. They’ve grown closer as Phyllis pleads with Billy to talk to Natalie about fixing the Pass Key program. If Natalie keeps refusing to work out the bugs in the system Jabot could face financial ruin and open the company up to all kinds of lawsuits.

Jack knows something is up but he can’t quite put his finger on it. Jack will allow a little leeway in the relationship. After all, Phyllis and Billy have worked very closely on the Pass Key project and have so much invested in it.

But that doesn’t mean Jack is happy about the odd closeness between Billy and Phyllis. After Phyllis and Jack part company Phyllis will head over to Chancellor mansion to talk to Billy. Basically Phyllis thinks it’s about time Billy focus on Brash and Sassy and she’ll work on Pass Key.

There’s a lot of confusion on Billy’s part over this relationship with his sister-in-law. The youngest Abbott son’s life has been uprooted and he’s struggling to make a real connection with someone. Billy demands Phyllis admit she has feelings for him.

Phyllis will answer Billy’s demand by trying to slap him but Billy will catch her wrist before she’s able to connect. And then it happens, Billy and Phyllis share a passionate kiss and neither one pulls away this time. There’s something very different to this kiss.

‘Y&R’ fans should expect to see Billy and Phyllis stop skating around their feelings for each other. The attraction has grown into a full blown affair and Jack will be devastated.

‘The Bold And The Beautiful’ Weekly Spoilers May 9-13: Thomas Runs Off With Douglas – Liam and Wyatt War Over Steffy