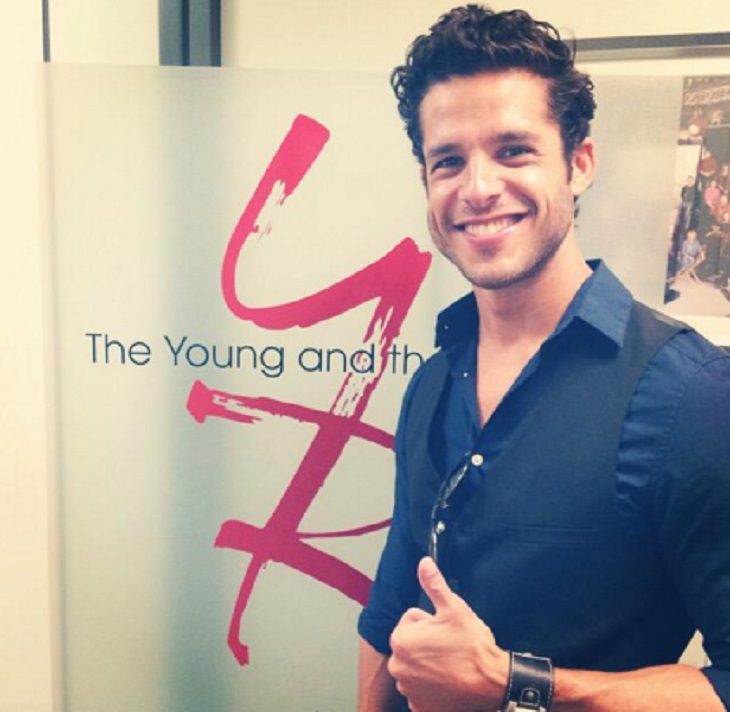 Luca Santori (Miles Gaston Villanueva) on ‘The Young and the Restless’ is quickly becoming that character that everyone loves to hate. After previously playing the role of Father Martin in 2013, Villanueva stepped into the role of Luca on September 16 2015. Luca showed up in Genoa City as the estranged husband of Marisa (Sofia Pernas) while she was in a relationship with Noah (Robert Adamson). Villanueva sat down just this week with Soapcentral to discuss his role on the show.

Related: Michael Muhney Reveals If He Is Joining ‘General Hospital’

In the interview he shared how rigorous his schedule with the series can be at times. Villanueva mentioned how he had to tape 5 episodes in four days and simultaneously doing four pilot auditions. He went on to share on how lucky he is to be with the Y&R team. Though sometimes he is like “I’m in the groove here” and other times he is like “What am I doing,” things are coming along just fine with his CBS family.

The team at Soap Central asked about his scenes with Hunter King (Summer) and a possibility of their pairing. In response Villanueva that though many fans may be anticipating a romantic relationship between him and his scene partner Hunter, he has no idea exactly where the show is going. He mentions a tweet from a fan that stated “Hey Summer, don’t hurt Luca.” Villanueva shared that if the story actually goes that way it would be a surprising turn. Summer is usually the one who gets hurt; she is known to be an innocent and loving young lady. What if the tables turned this time around?

Villanueva states how elated he is to play alongside Eric Braeden (Victor); in his opinion he thinks their confrontations are great. He is happy and grateful to be a part of this great team. And when asked he states how privileged he is to be the first Santori introduced to the canvas.

So Y&R fans, what do you think of Villanueva’s portrayal? Do you love seeing him in confrontations with long time Y&R stars? Do you want the show to explore a relationship with him & Summer?

‘The Young And The Restless’ News: Michael Muhney Reveals If He Is Joining ‘General Hospital’

‘The Young And The Restless’ News: ‘Dallas’ Alum James A. Watson Jr. Joins Cast Of ‘Y&R’