‘The Young and the Restless’ Spoilers Thursday March 10: Depressed Ashley Wants to Stop Treatment – Board Gathers to Vote, Victor’s Fate as CEO Is Decided 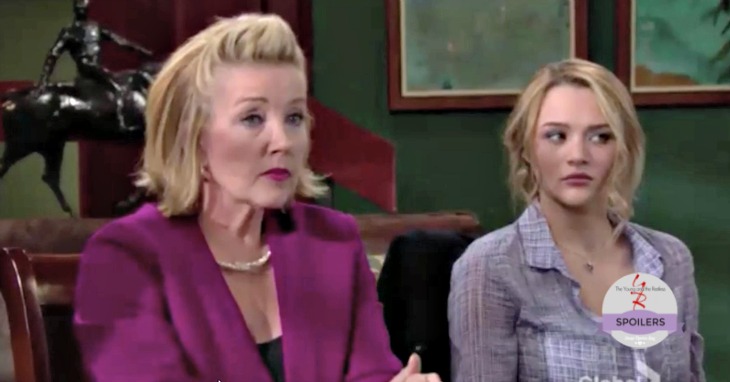 “The Young and the Restless” spoilers for Thursday, March 10, tease that Ashley (Eileen Davidson) will start to wonder if she should give up her fight. Ashley’s latest test results were disappointing, but Dr. Neville (Michael E. Knight) assured her that his mission hasn’t changed. He intends to do whatever it takes to save Ashley.

Unfortunately, the depressing numbers will create some doubts. Ashley will suggest that maybe it’s time to stop treatment. She’ll admit that the life she’s living isn’t the life she wants. All of the drugs have been hard on Ashley’s body and she’s feeling drained. If this is as good as it’s going to get, Ashley won’t see any need in continuing.

Dr. Neville will insist that he cares about Ashley and he has faith that she can get better. However, Y&R rumors hint that more bad news could be coming soon. Let’s hope that Ashley can press on. Dr. Neville will undoubtedly do everything he can to make sure Ashley fully recovers.

Meanwhile, voting will get underway at Newman Enterprises. “The Young and the Restless” spoilers say Victoria (Amelia Heinle) will bring the board of directors together to decide whether or not Victor (Eric Braeden) gets the boot. This is a significant choice that will affect the future of the company.

Thursday’s preview video shows Victoria stating, “All in favor of removing Victor Newman as CEO, please raise your hand or indicate verbally if that’s your choice.” Things certainly don’t look good for Victor at the moment. Friday’s spoilers reveal that Victor will run into a stumbling block. Will he get tossed out of his own company? Stay tuned to see how many people will vote to cut ties with Victor.

Elsewhere, Chelsea (Melissa Claire Egan) will grow concerned about Adam (Justin Hartley). She’ll fear that Adam won’t be able to break free of the past. Victor has been a negative influence on Adam for far too long. If Adam can’t be his own man, it could spell trouble down the road. Stick with the CBS soap for updates on Chelsea’s attempt to help Adam move on.

‘The Bold and the Beautiful’ Spoilers: Thomas Left Out of Baby Gathering, Confronts Ridge with Suspicions – Rick’s Resentment Grows