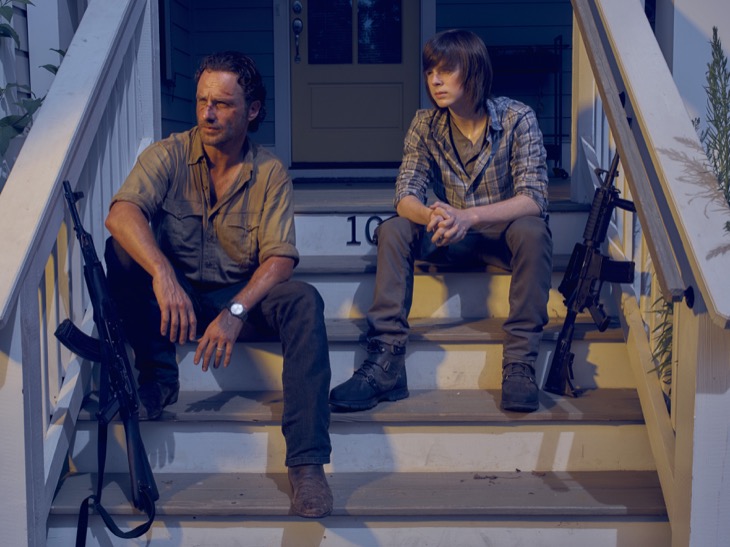 “The Walking Dead” has been tight-lipped about the spoilers, but AMC casting calls have given the fans a glimpse of what’s to come in Season 7. The latest casting call was for an actor to play the role of “Rogers.” The fans cannot help but speculate about who Rogers could be, and if he was a character in Robert Kirkman’s comic books.

It was just a few weeks ago that “TWD” issued a casting call for “Augustus.”  The details about the character seemed to be a dead ringer for Ezekiel, a well-known character from Kirkman’s comic books. It looks like the show is planning to add another member of the Kingdom to the cast, but who could Rogers be?

TV line reported that AMC released a casting call for a character named “Rogers,” but they speculated that “TWD” could be looking to cast Richard, and “Rogers” was just a name used to throw off the fans.

“We hear the show is now looking for an actor to play Rogers, a straight-talking horseman, who sounds a lot like his Highness’ right-hand man, Richard,” TV Line reports.

So, if Rogers is really Richard, we know a little bit about him.  Richard was introduced in Issue No. 115 and was one of Ezekiel’s guards and closest allies. In the comic books, Richard appears at Michonne’s house and introduces himself in a particularly memorable way. He makes plans with Rick, Michonne, and Ezekiel to attack Negan and the Saviors.

As the dedicated fans are well aware, The Kingdom, Hilltop Colony, and Alexandria will work together to defeat Negan (Jeffrey Dean Morgan) and the Saviors. The only thing that is sure about Negan’s future is that he will not die on the AMC series. He creates tension on the show, and they need him to create conflict.

There will be an ongoing battle between Rick (Andrew Lincoln) and Negan, moving forward. Richard’s life in the comic books was not very long– only appeared in three issues before being killed off. At this point, no one knows any details how long the show plans to keep him around, but one thing is for sure, he will bring a level of excitement to the show.

“TWD” fans, do you think Rogers could be Richard? Don’t forget to come back later for more “The Walking Dead” spoilers, news, and updates.