‘The Walking Dead’ Season 7 Spoilers: Negan Kidnaps Someone – Will We Lose Another Fan Favorite? 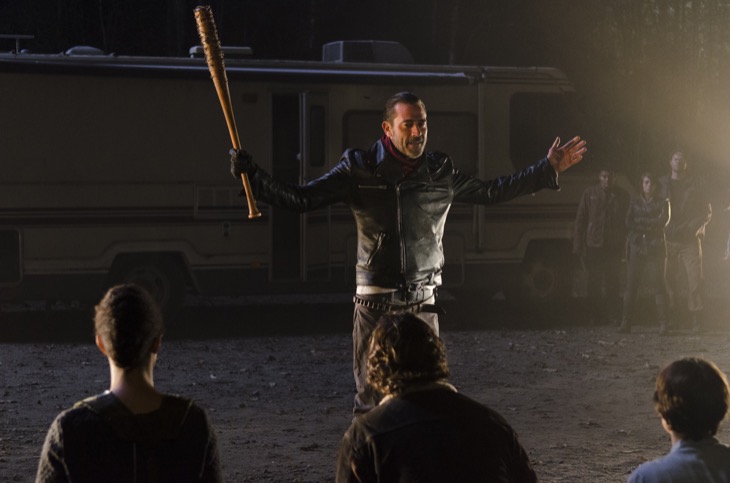 “The Walking Dead” Season 7 spoilers have been very few and far between, but there are rumors that Negan (Jeffrey Dean Morgan) kidnaps a fan favorite and could end up murdering them. With such little information out there, the fans can’t help but speculate about who could be the one who dies, and ultimately who Negan will kidnap later this season.

Wet Paint revealed that Daryl Dixon (Norman Reedus) was not Negan’s baseball bat victim as he’s alive in Season 7. Recent spoilers tease that he could be the one who will be captured, and could end up fighting for his life.

The Spoiling Dead revealed that there was an unconfirmed Darryl sighting at The Sanctuary, the place where Negan and the Saviors currently live. According to the spoiler, there is good reason that he was seen there, he was the one that Negan kidnapped. Daryl life is in danger unless Rick (Andrew Lincoln) can find a way to save him.

A few days after the initial Daryl sighting, Daryl was seen at the AMC Studio. According to the unconfirmed spoiler, he made a risky escape attempt, but failed. If Daryl did try to escape and failed, it could mean he is in serious trouble with Negan and the Saviors.

If the show decides to follow the comic books, Glenn Rhee (Steven Yeun) will be the victim who dies at the hand of the baseball bat. In the comic book, Negan chooses Glenn out of a lineup, and brutally attacks him and makes his friends watch him beat him to death. Glenn fits the bill as being a fan favorite and is one of the only living survivors from Season 1. His death would be shocking and could upset the viewers.

The show has been known not to follow the comic books exactly. AMC claims the series only loosely follows the books, so it is possible that Glenn will not die, and the death could be someone else—someone not as shocking.

Show creator; Robert Kirkman stated that Rick Grimes has to die eventually and that he doesn’t play favorites with the characters in his comic series. Kirkman said the all the character will end up dead at some point—even the beloved Carl (Chandler Riggs). 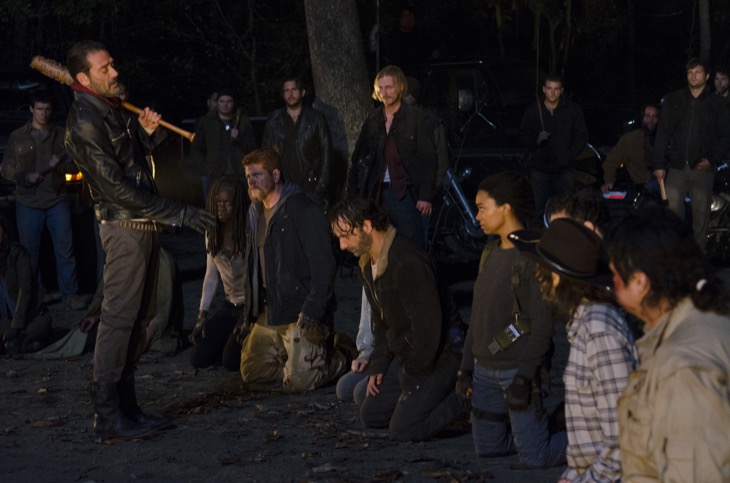 “The Walking Dead” fans, who do you think Negan killed in the Season 6 season finale? Will Negan kidnap Daryl or will it be someone else?  Don’t forget to come back later for more juicy “The Walking Dead” spoilers, new and updates.

Share your thoughts in the Comments section below, on our Facebook Page,  join our Facebook Group or Head over to our Discussion Board to The Walking Dead!