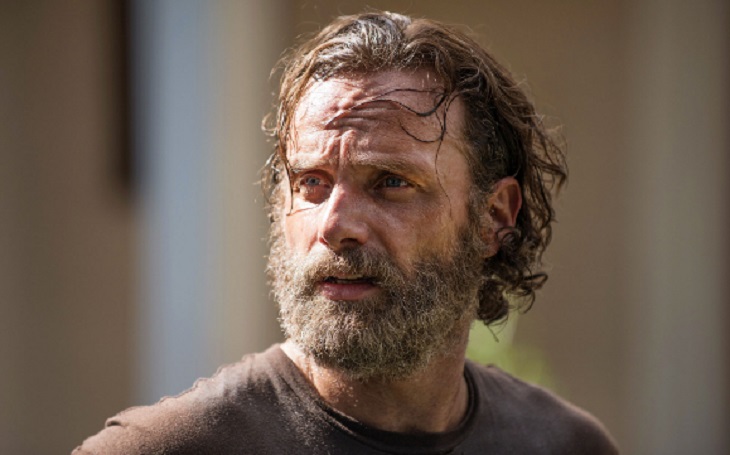 The Walking Dead is about to start its 7th season, and fans couldn’t be any happier or more anxious about its return. We all know that a major character is going to be dead, when the storyline picks up from the brutal, bloody cliffhanger that ended Season 6.

Andrew Lincoln, who portrays Rick Grimes in the AMC series sat down for an interview recently and expressed his admiration for the showrunners’ creativity; how they worked from the comic books and created a massively successful television series.

He loves how they have expanded all these different communities and how each community is different, and a direct reflection of the person who is controlling them. The communities are based on the philosophy and ideology of their individual leaders. The storytelling is answering the question, “Can a civilization start again, and if so, how, and in what form?”

With all these different communities arising, there obviously will be a collision of ideas and conflict among the people. The world just gets bigger and bigger, cooler and more exciting. During season 7, we will be introduced to another community named “The Kingdom”, which is controlled by King Ezekiel and his tiger, Shiva.

So the group is beginning to see that there are far more people alive than they originally thought. We have what is left of Alexandria. There are the Saviors and their Sanctuary, and of course “The Hilltop”. With communities starting to pop up here and there, this means that the original survivors don’t necessarily need to stick together; they now have options of where they want to live and what philosophy suits their views the most.

The Walking Dead actor, Andrew Lincoln (Rick) also says that if they are going to follow the comic books there will be a “super bad ass” conflict between Negan (Jeffrey Dean Morgan) and the group; although he is unable to reveal any secrets or leak anything that could reveal who is the one who meets a bloody death at the hands of Negan and his barb-wired bat “Lucille”, he promises that what is about to happen, trumps everything and anything they have been through in the previous six seasons.

Be sure to tune into AMC on Sunday, October 23, 2016 at 9 p.m. ET to see The Walking Dead’s season 7 premiere. Check back often for updates, rumors, news and spoilers!