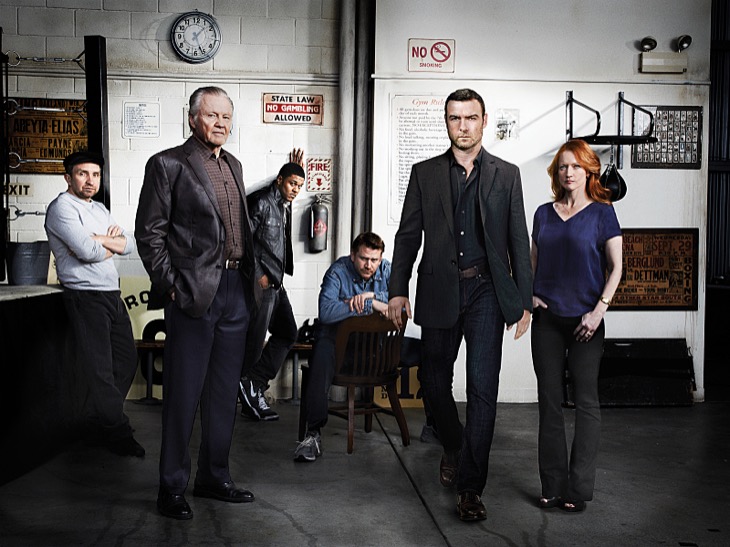 Ray Donovan spoilers reveal that Liev Schreiber [Ray Donovan], Jon Voight [Mickey Donovan] and Lisa Bonet [Marisol Campos] have all been nominated for Critics’ Choice Awards. Despite the nominations, Showtime remains mum on when season 5 will premiere. According to IMDb there will be a fifth season and 12 episodes are planned.

The announcement of the Critics’ Choice Award nominations was made via the Ray Donovan official Twitter account. “Congratulations to @LievSchreiber, @JonVoight and Lisa Bonet on their @CriticsChoice Awards nominations for #RayDonovan!”

Related: Will Season 5 Of ‘Ray Donovan’ Be Final Season On Showtime?

But we’re still left in the dark regarding the fifth season of Ray Donovan. Showtime has yet to reveal the premiere date and there is word that season 5 will be the final one for Ray Donovan.

Other spoilers for Ray Donovan season 5 include sad speculation that someone close to Ray will die. Terry Donovan [Eddie Marsan] has been suffering for years with Parkinson’s disease. This has lead fans to believe Terry will be the family member who dies.

At the end of season 4 Abby Donovan [Paula Malcomson] assured Ray that her cancer was gone. But many wonder if Abby was telling the truth. Things ended on a happy note for the Donovan clan and it’s possible Abby lied in order to keep from bursting the family’s bubble of happiness.

Congratulations to Liev Schreiber, Jon Voight and Lisa Bonet on their Critics Choice nominations. Ray Donavan fans will need to wait to find out when season 5 will premiere on Showtime and if it will be the drama’s final season.

‘The Young and The Restless’ Spoilers: Adam NOT Returning – Chelsea and Nick The Next Y&R Super Couple?