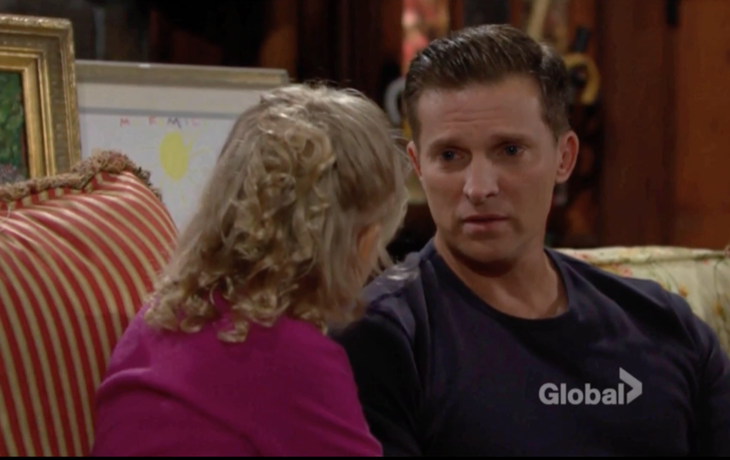 “The Young and the Restless” spoilers for Friday, November 18, tease that Faith (Alyvia Alyn Lind) will try to explain her feelings. She just delivered some heartbreaking news to Dylan (Steve Burton) and Sharon (Sharon Case). Faith admitted that she wants to live with Nick (Joshua Morrow) and Christian.

Dylan will wonder why Faith wants to make the move. He’ll probably point out that they enjoy having her around, especially during these tough times. Faith will assure Dylan that she loves him, but she’ll also point out that she doesn’t like it there anymore.

Related: Mal Young Dishes About Big Y&R Changes – Here’s What To Look For

Perhaps Dylan and Sharon’s constant fighting is becoming too much for Faith for bear. She enjoyed it when they were a happy family with Sully, but now everything has changed. The fact that Faith misses the baby might be an issue as well. Without that little fella in his room, the whole house has grown quite dark.

While Dylan listens to Faith’s explanation, Travis (Michael Roark) will offer Victoria (Amelia Heinle) one of his own. Ashley (Eileen Davidson) is forcing Travis to tell Victoria the truth. He knows he needs to come clean about his betrayal, but he’ll worry about the consequences.

Travis will begin by stating that his ex is in town. He’ll note that Michelle (Kelly Frye) was the woman who came in The Underground. Victoria will seem surprised by Travis’ updates. She’ll likely ask why Travis didn’t mention it sooner.

Unfortunately, Travis is just getting started. He’ll have to confess that he cheated with his former flame. “The Young and the Restless” spoilers say Victoria will face a difficult choice. Will she insist that this is goodbye? Y&R rumors hint that Victoria and Billy’s (Jason Thompson) reunion isn’t too far away. Travis’ mistake may be unforgivable.

At the athletic club, Billy will try to wrap his head around the confirmation he received from Ashley (Eileen Davidson). He’ll ask how she knew about Travis and Michelle’s romp in the sack. When Ashley reveals that it came straight from Michelle, Billy will hit the roof. He’ll plan on making Travis pay for this.