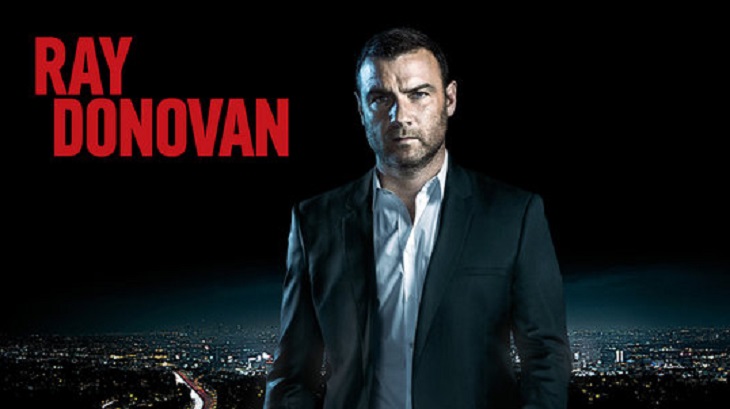 ‘Ray Donovan’ has been renewed by Showtime for a fifth season. When the season 4 finale aired fans were puzzled because things never go right for the Donovan family and things ended on a seemingly happy note. Viewers can rest easy -production for season 5 is scheduled to begin in early 2017.

According to the showrunner season 5 is “Kind of illusory, make believe…not just in a dramatic form, but what does a fixer really do?” Speaking with TVLine the showrunner hinted that Ray will still be a fixer, but a legitimate one.

At some point the writers will need to address Terry Donovan’s [Eddie Marsan] advancing Parkinson’s disease. Season 4 barely touched upon Terry’s health and it was rarely, if ever discussed.

Another illness that may rear its ugly head is Abby Donovan’s [Paula Malcomson] cancer. Ray’s wife assured him the doctor had good news – the cancer was miraculously gone and Abby was thrilled she hadn’t agreed to the double mastectomy suggested.

At the end of ‘Ray Donovan’ season 4 fans watched Bridget Donovan [Kerris Dorsey] head off to visit NYU. Will Bridget leave the family and go off to study on the East Coast? The showrunner addressed the possibility that Bridget would leave the Donovan fold.

EP David Hollander addressed this question as well. “I can’t imagine a season of ‘Ray Donovan’ without the relationship between Bridget and Ray being dramatized in some way.”

Could season 5 of ‘Ray Donovan’ be the last for the highly acclaimed Emmy nominated drama? The showrunner hints that for the first time the Donovan family may spend an entire season working together, becoming a close knit Boston family who just happens to live in Los Angeles. “I would love to do a very grand Hollywood story,” Hollander told TVLine.

‘Ray Donovan’ season 5 is expected to premiere in July 2017. There has been talk, but no confirmation that this will be the series finale for the Showtime drama.

‘The Young And The Restless’ News: Steve Burton Cheers On His Son At His Football Game

Days of Our Lives Spoilers: Baby Drama – Chloe’s Baby Not a Kiriakis, What Happened?