‘The Young and The Restless’ Spoilers: Adam NOT Returning – Chelsea and Nick The Next Y&R Super Couple? 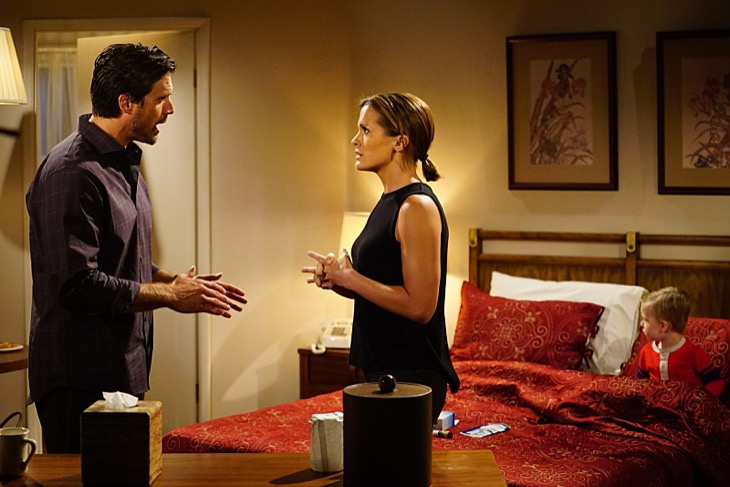 Over the last few weeks on “The Young and the Restless” we have seen Chelsea Newman (Melissa Egan) growing awful close to her brother-in-law Nick Newman (Joshua Morrow). Now the big question is will the two become a couple.

The new headwriter Sally Sussman recently reported that she has no plans on bringing the character of Adam Newman (Justin Hartley) back on the show. So now that we all know Adam will not be returning that leaves Chelsea a free woman. Chelsea and Nick have both lost their spouses and they have been there for a shoulder to lean on for one another, but by the looks of things it could definitely turn into something more.

Sussman also revealed that she sees no point of a paternity reveal when it comes to Christian not being Nick’s and does not plan on using that storyline. So as far as Nick knows Christian is his son and he will continue to raise him as such. Since Chelsea knows about the paternity switch that could be all the more reason for her to want to be with Nick, so she can help him raise Adam’s son. A lot of fans have their theories when it comes to the paternity of Christian and some still think he belongs to Nick, but with the writers not exploring that storyline we will never find out.

Melissa Egan did reveal in a past interview that she would love to see a storyline with her and Nick together on the show, but would like it to be a respectful period of time before doing so, since she did just lose her husband not so long ago. Well in the soap world a good bit of time has passed, maybe not for fans, but this is a soap we’re talking about. It seems the writers are heading in that direction. Would you like to see Chelsea and Nick together? Stay tuned to CBS’s “The Young and the Restless” to see how this storyline unfolds. Don’t forget to check often with Soap Opera Spy for all your latest Young and Restless spoilers, news, updates, and more.

‘The Young And The Restless’ News: Justin Hartley And ‘This Is Us’ Nominated For Critics Choice Award