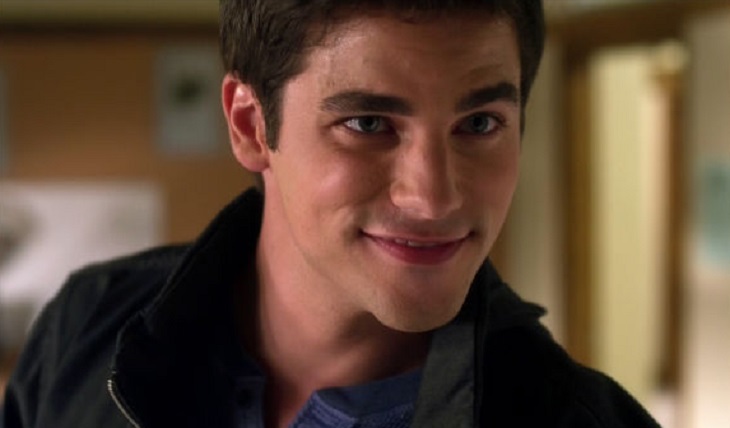 “Pretty Little Liars” returns on June 21, and the spoilers for the new season are rolling in. One of the newest scoops is that Brant Daugherty, who portrays Noel Kahn, will return for Season 7.

“PLL” showrunner, Marlene King tweeted the news with the fans with the caption, “There’s a storm coming. Prepare yourselves. #PLL.”

Variety was the first media outlet to report Daugherty’s return to the series. They explained they weren’t sure if he would good or bad, trustworthy or going to stir up trouble. The fans haven’t seen Noel for quite some time. From Season 5 to 6 was a five-year jump.

The last time we saw Noel was (early) in Season 5. It came out in Season 6 that Noel was working with Alison (Sasha Pieterse) and knew she was alive the whole time. The girls were convinced Alison was dead, and it may be a problem as they felt he “hid” that information from them.

During his time on the show, Noel has expressed romantic feelings for Aria (Lucy Hale), Mona (Janel Parish), and Jenna (Tammin Sursok).  It’ll be interesting to see how he interacts with each one and see if he still has feelings for at least one of them.

King revealed in another interview that there will be a wedding this season, and teased an action packed Season 7.  The fans are anxious and expected about the upcoming episodes, because there have been several reports that this could be the last season.

About Noel, it isn’t apparent yet if he will be a friend or foe to the Liars. We’ll have to wait until June 21 for Season 7 to kick off to know where his allegiance lies.  Stick with Soap Opera Spy for all your “Pretty Little Liars” spoilers, news, and casting updates.