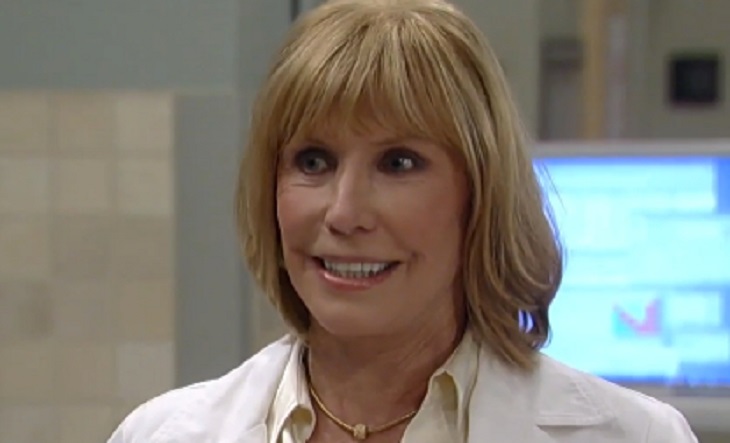 Things happen at GH that make me wonder, is there a writers strike? Then other things happen that leave me feeling assured that they are indeed, still in there working.

A night or two has now passed since the Ball but it’s taken a whole week to tell the stories. Sam and Jason are on the run, playing detective with Post-It timelines in a safe house Jason remembers securing back in the day. Characters have found their way outdoors again, and even though PC seems to have only one actual outdoor area, I’m happy to see it. Liz and Hayden are busily sniping at, and cat-fighting with one another in the big house while Nic is no doubt playing Gollum in the catacombs with those “precious” diamonds.

Still no real Alexis and Julian sightings or suggestion that she met with Diane and turned over the bloody shirt. Carly confronted Finn but got no answers, so neither did we. Sonny/Ava nonsense. Brad was begging Lucas to come back. Lucas waited till the last minute to check back in. Nathan can go home. Yay. Maxie was busily hiding behind her hair and her tablet. Dr. Mays made an appearance to stand behind Monica and defend Finny. We all think Mays is the guilty party, and if the writers are going to reveal him as such, he should probably show up on the canvas for a scene or two.

That brings me to the performer of the week. Leslie Charleson, Monica Q.

It was nice to see Mon going toe to toe with Obrecht over Finny. It’s about time Monica was used in a more out-front character kind of way instead of just a prop. As CoS, she should be seen and heard from more often. Defending Finn against Obrecht’s accusations brought out the feisty Monica.

Line of the week: Monica to Obrecht – “Well, I heard rumours that you used to be a man.”