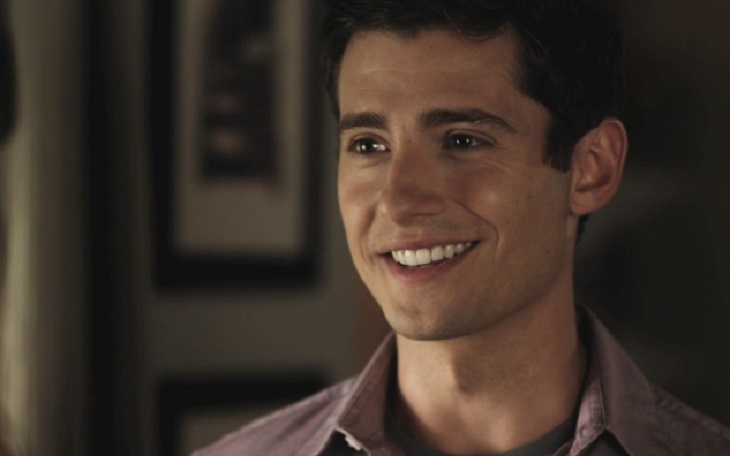 Pretty Little Liars spoilers reveal that Julian Morris is returning as Wren Kingston in the second half of Season 7. There has been no word on how long Morris will be around, or how he fits in the storyline. A rumor that has been confirmed by showrunner, Marlene King back in June.

Although the sexy doctor hasn’t been seen on Pretty Little Liars (PLL) since 2013, he has been mentioned. In Hanna Marin’s (Ashley Benson) flashback in season 6, she ran into her BFF, Spencer Hasting’ (Troian Bellisario) sister, Melissa Hastings (Torrey DeVitto), who told Hanna that she had recently split up with Wren.

Just to give a refresher course for PLL fans, Wren Kingston (if that is his real name) was a part of Season 1, when he was introduced as Melissa’s fiancé. The engagement ended quickly after Wren “hooked up” with Melissa’s sister, Spencer. Spencer isn’t the only Liar he has been “involved” with; he has also kissed Hanna. It seems all things were forgiven, when Wren and Melissa had apparently reunited while both were living in London.

It is also important to note that Wren has been in the mix for a long time when discussing A.D. theories. Not only because he and Archer Dunhill (aka. Dr. Elliott Rollins) are both British, but also the fact there was this moment in Season 4 where we see Wren coloring a girl in a red coat! Remember the red coat the Liars found that was among Alison “Ali” DiLaurentis’ things? The red coat that was not Ali’s style at all. Is his artwork just a coincidence or does it have a far deeper story to it?

The major announcement of his return comes on the heels of Pretty Little Liars mid-season 7 finale, which airs on Tuesday, August 30th, it has to mean one of two things, Wren will be making an appearance in the Summer finale, and is discovered to have some sort of major connection to the latest mystery, OR he just may be “Uber A”, as many fans have speculated for a while. The question remains, why is Wren coming back to Rosewood? Do you think Wren is “Uber A”?

‘The Young And The Restless’ Spoilers: Nick Grants Adam’s Request, Agrees To Be Father Figure – Setting The Stage For Chelsea And Nick Relationship?

‘The Young And The Restless’ Spoilers: Phyllis Attempts To Accept Summer’s Wedding – Will ‘Suca’ Make It Down The Aisle?