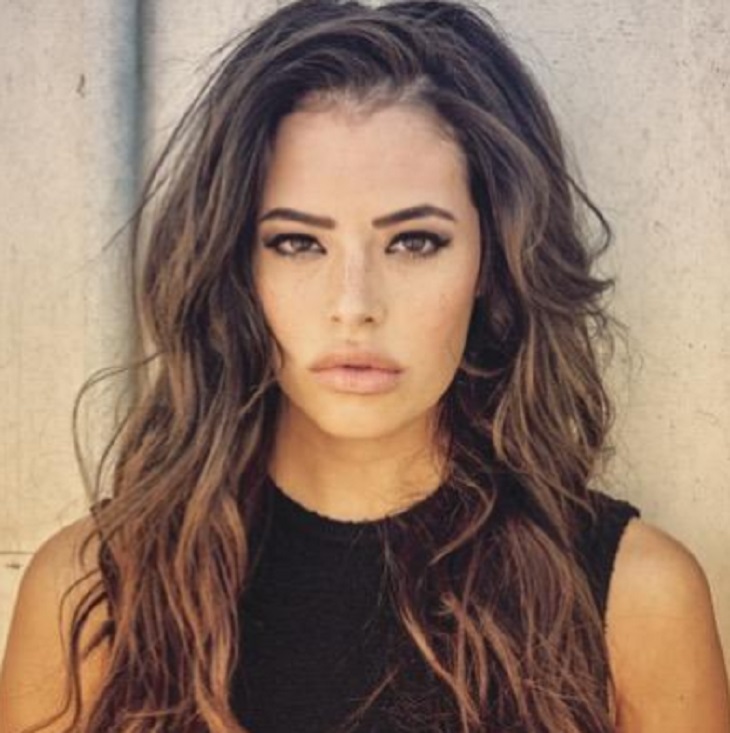 Pretty Little Liars season 7 spoilers have revealed that Chloe Bridges is returning to portray the role of Sydney Driscoll. If you don’t recall who Sydney Driscoll was, here is a little refresher course: Sydney appeared to be a nice girl who admired Emily Fields (Shay Mitchell), while she was on the swimming team in Season 5. It was eventually revealed that she was part of Mona Vanderwaal’s (Janel Parrish) crew. When Mona was later “murdered”, Sydney and Jenna Marshall (Tammin Sursok) believed Alison “Ali” DiLaurentis (Sasha Pieterse) was the one who did it.

Rosewood seems to be having a sort of reunion with the return of so many characters. One of them being Jason DiLaurentis (Drew Van Acker), and with the five-year jump between seasons, after observing a conversation between Jason and Aria, we are lead to believe something happened between the two of them during the five missing years. Who isn’t excited to see Jason back? We can only hope he doesn’t interfere with Aria and Ezra, who are busy planning their wedding.

It appears that Sydney isn’t the only former swimmer who returned to Rosewood for the most likely final season, so did Paige McCullers (Lindsey Shaw), who was also romantically involved with Emily. Paige may not be a welcome sight, even to Emily as they have both applied to be Rosewood High’s new swim coach. Paige’s return hasn’t been a smooth one and it is causing a lot of tension between all the girls, Hanna Marin (Ashley Benson), Spencer Hastings (Troian Bellisario) and Alison “Ali”; especially between “Emison” as Ali and Emily have gotten very close again. Paige will bring out Alison’s dark side again.

What could be Sydney’s reason for returning to Rosewood? Could it have to do with the fact that Jenna is in need of a friendly face now that Sara Harvey (Dre Davis) has been killed, after she tried to warn Emily about someone? Or is it something far more “self-serving”, like her grudge against Ali?

Pretty Little Liars airs on Tuesdays at 8 p.m. on Freeform! Be sure to check Soap Opera Spy often for updates, spoilers and news!

Share your thoughts in the Comments section below, on our Facebook Page,  join our Facebook Group or Head over to our Discussion Board to Talk Soaps Daily!1

‘The Young And The Restless’ Spoilers: Chrishell Stause Returns To ‘Y&R’ As Bethany – Will She Expose Phyllis’ Affair?

‘The Young And The Restless’ News: Angell Conwell Returns To ‘Y&R’ As Leslie Michaelson