‘The Young And The Restless’ Spoilers: Nick Grants Adam’s Request, Agrees To Be Father Figure – Setting The Stage For Chelsea And Nick Relationship? 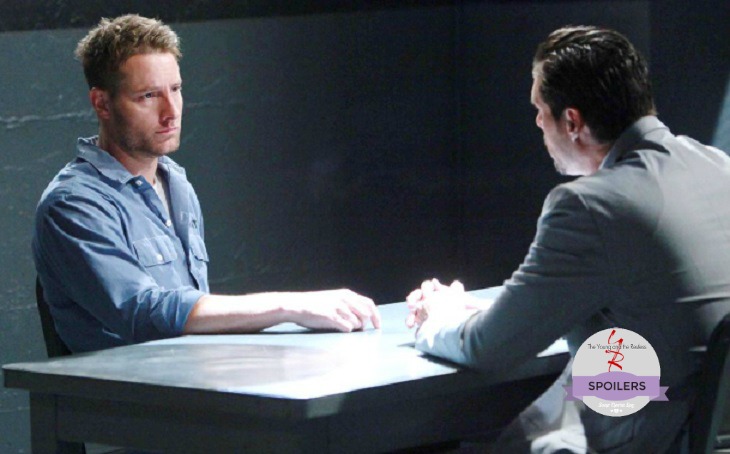 Nick (Joshua Morrow) has never been close to his brother Adam (Justin Hartley) on ‘The Young and the Restless’. But, dire legal circumstances have forced both siblings to connect. Facing the probability of an extended stay in prison, Adam asked his brother to protect Connor (Gunner and Ryder Gadbois) and Nick agreed. As loyal fans know, this decision furthers a deeper arc on Y&R.

Adam became delusional because he had starved himself and wasn’t sleeping. Believing that he would rot in his cell for the next 30 years, he began to see Victor (Eric Braeden) within the walls of Walworth. It was easy to empathize with this Newman heir because everyone knows how ruthless his father can be. In this particular instance, Victor had in fact framed Adam for the murder of Constance Bingham (Sally Kellerman). Then, the Moustache’s plan to have the needed evidence provided to the court before sentencing went awry on ‘The Young and the Restless’.

Victor promised Adam that he wouldn’t be incarcerated for long. But, Adam quickly slipped into despondency. He told Chelsea (Melissa Claire Egan) that she shouldn’t bring Connor to see him in jail, but she did so anyway. Shortly after seeing Connor on his birthday, Adam lashed out at his wife. Within days he subsequently descended into madness.

Making contact with a prison guard would have been bad enough, but repeatedly punching that man in the face and then strangling him was infinitely more damning. Adam knew that he couldn’t honestly plead guilty by reason of insanity after learning from Michael (Christian LeBlanc), just before the start of his hearing, that the correctional officer he assaulted had slipped into a coma. Viewers of ‘The Young and the Restless’ then watched him simply plead guilty.

The aforementioned scenario led to Nick meeting with Adam in the highly frequented visitor’s room at Walworth. That’s when Adam asked Nick to look out for Connor. The potential for Nick and Chelsea to develop a personal relationship, along with the eventual Christian reveal, have now both been established.

‘Days Of Our Lives’ News: First Look At Abigail Deveraux Recast Marci Miller Filming With Billy Flynn – ‘Chabby’ Is Back!