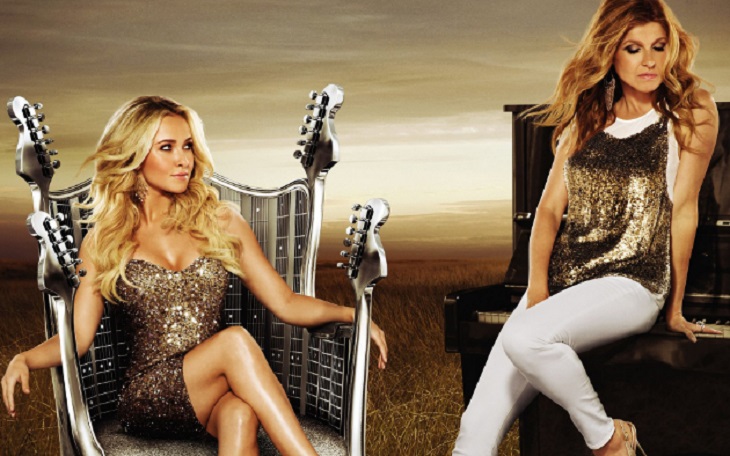 If you are a fan of the show Nashville then boy do we have some good news for you. The TV drama will return for it’s fifth season in December.

So all you Nashies, could it be that you will be getting a Christmas time present? Fans are so happy that CMT is reviving the show after being cancelled by ABC after only four seasons. CMT announced that it had officially ordered a 22-episode fifth season after the shows shocking cancellation.

Unfortunately, the official date has not been revealed just yet, but knowing the show will be back for its fifth season in December 2016 is enough to get us fans in a frenzy.

Nashville’s Hayden Panettiere and Connie Britton both confirmed that they will be returning as Juliette Barnes and Rayna James in the fifth season. Are you excited for their return?

Clare Bowen (Scarlett O’Connor) and Chip Esteen (Deacon Claybourne) are also expected to return to the series, but unfortunately we will be bidding farewell to Will Chase (Luke Wheeler) and Aubrey Peeples (Layla Grant). Are you sad to see them go? The CMT head of development Jayson Dinsmore, hopes that Nashville will not lose anymore of its best characters.

Related: Plotlines Will Be More Emotional – To Highlight Difficulty Of Country Music Industry

So with the main stars Connie Britton and Hayden Panettiere returning that should mean that Juliette’s fateful flight home to Avery and their daughter should not be the last we see of the anguished songstress.

Hopefully the official premiere date will be announced soon but in the meantime, all you Nashville fans get ready for the upcoming fifth season to premiere sometime in December on CMT and Hulu. So, are you excited that Nashville has made a comeback? Will you be tuning in to see what’s new on the show? Don’t forget to check often with Soap Opera Spy for all your Nashville news, updates, and more.