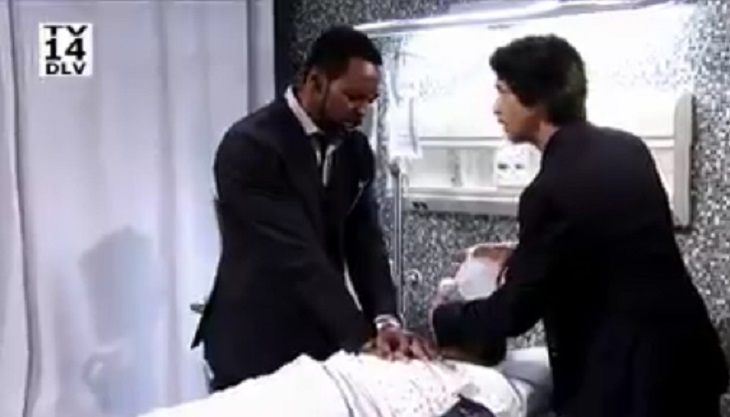 The killer is still roaming the halls at General Hospital and he is ready to claim his next victim, but who will it be? It looks like we are soon to find out.

According to the newest ABC General Hospital promo video “The GH killer is still at large and when we say no one is safe, we mean no one.” So by the sound of it anyone could be next.

We see in the promo video D.A. Paul Hornsby (Richard Burgi) saying to someone “You brought this on yourself.” We recently learned that he was the GH killer and it seems whoever is next may have gotten in his way.

Ava Jerome ( Maura West) would be the most obvious target being that she has evidence on Paul and is using it against him. Recently he targeted Monica Quartermaine (Leslie Charleson) but luckily that didn’t happen and it seems he no longer has his sights set on her.

GH spoilers tease that someone is in the wrong place at the wrong time and will be next. It has also been said that this time it will be someone that has been around for a while. So who do you think it’s going to be?

GH fans everywhere are highly upset about the fact they could be losing a key player on the show. There have been several rumors floating around of who will be next. Well it looks like we will soon know for sure.

In the video we also see a doctor saying “Get the police right now.” So evidently something has went down, but the bad part about it is that the killer is the D.A. so it makes it harder to bring him down since he is so good at covering his tracks. With Anna Devane (Finola Hughes) returning soon we all know she has what it takes to crack the case wide open. So hopefully he will be caught soon. Stay tuned to ABC’s General Hospital to see how it all plays out.