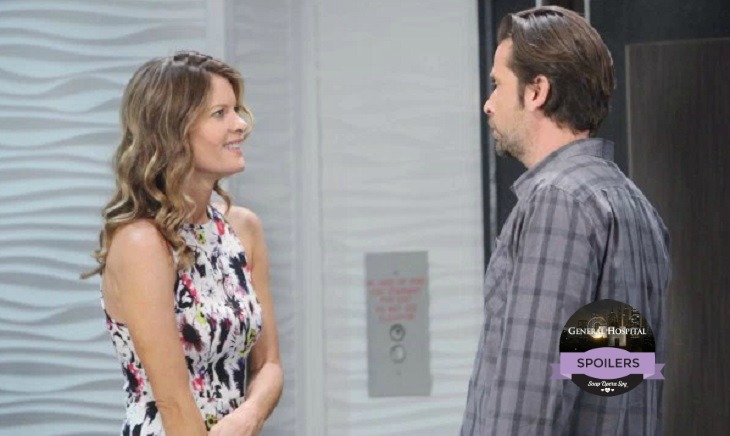 General Hospital’s Franco (Roger Howarth) and Nina (Michelle Stafford) had an on again off again relationship. Things ended between them when he didn’t want to have children with her. Nina was desperate to start a family because she missed her chance years ago. They have moved on with their lives since they broke up. It seems like Franco and Nina’s paths may be crossing again when they comfort each other, is there still a spark there?

Related: Genie Francis Taking A Break From GH – What Does This Mean For Kevin and Laura?

Franco has moments with Nina as well as with his potential new love interest Liz (Rebecca Herbst). His first moment will be with Nina. She arrives at the apartment to get the rest of her things. She is shocked to find Franco in the apartment. They start connecting while she is at the apartment. They seem to bond while they are talking to each other. She opens up to him about how her life is going as well as how her relationship is going. Franco talks about his relationship with Liz. He tells Nina that he has feelings for Liz.

When Nina leaves the apartment, Liz shows up. Franco is a realist so he doesn’t want to be excited about Liz being at his apartment. Despite his pessimism, he is hopeful that she has good news for him. Is she ready to start a relationship with him? She has been fighting her feelings for him for a while and he has come to accept that they wouldn’t be together. Liz has been wrestling with being with Franco or moving on with her life. She has finally decided on whether or not she wants to be with him.  But, is part of Franco’s heart still with Nina?  What do you guys think?  Is there still hope for Nina and Franco?  Share your thoughts in the comments below and don’t forget to check Soap Opera Spy for all of your General Hospital spoilers and news!

‘The Young And The Restless’ News: Colin And Jill’s Reunion Pays Homage To Katherine And Rex