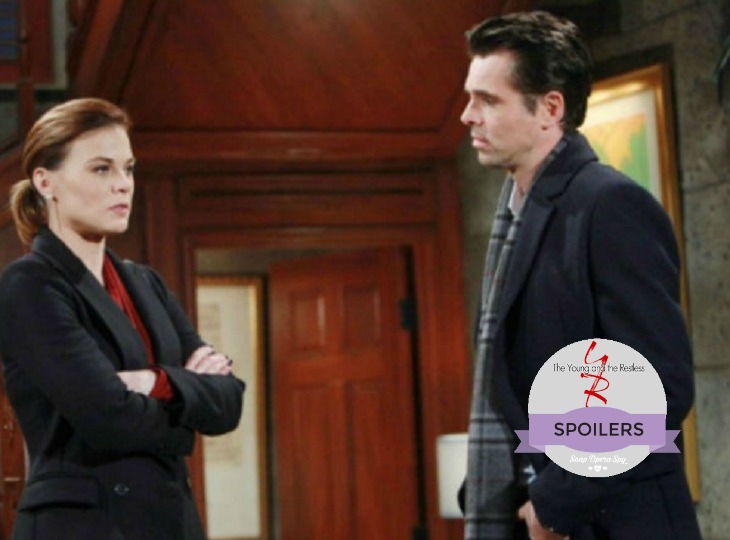 Phyllis (Gina Tognoni) and Billy (Jason Thompson) just can’t stop thinking about each other on ‘The Young and the Restless’. This pair seems destined to become a real power couple at some point in Genoa City. But, when they actually arrive at ‘Philly’ remains unknowable.

A slap across the face inside a Jabot elevator didn’t dissuade Billy. He took Phyllis’ swipe as evidence of her ongoing passion. And, his assessment was right.

In recent days both characters have daydreamed about the other. Phyllis’ imagined dance with Billy was interrupted by an image of Jack (Peter Bergman) interrupting. That revealing scene surprised Phyllis and the viewers. She appears torn between enduring loyalty for her husband and new feelings for his brother, instead of having moved on entirely.

While Jack let his wife down when it came to Victor’s (Eric Braeden) outrageous Marco (also Peter Bergman) scheme, Phyllis knows that he truly loves her. It’s understandable that she’d be reluctant to leave him, especially because her alternative choice is his younger brother. Yet, Phyllis has been unable to severe the connection she’s developed with Billy, which creates an ongoing emotional dilemma.

Billy’s recent visit with Vickie (Amelia Heinle) at their old house was interesting. The couple formerly known as ‘Villy’ discussed Travis (Michael Roark). He initially told Vickie that she could have taken an extended vacation with her new boyfriend on ‘Old Blue Eyes’, which is the boat Travis named for her. Billy later left without an explanation, when he was supposed to sleep over on the living room couch because Jill (Jess Walton) and Colin (Tristan Rogers) were loudly occupying the mansion.

Related: Should Kevin and Mariah Reunite or Stick to Friendship? VOTE!

Clearly, ‘Villy’ will always have a relationship. But, new love interests curtail the romantic feelings they have for each other. The idea of a reunion, or even a remarriage, won’t fully disappear among supportive fans of ‘The Young and the Restless’. But, that hoped-for scenario seems destined to happen at some point in the future.