‘General Hospital’ Poll: Do You Want A Morgan Corinthos Recast, Or Should The Character Exit With Bryan Craig? VOTE! 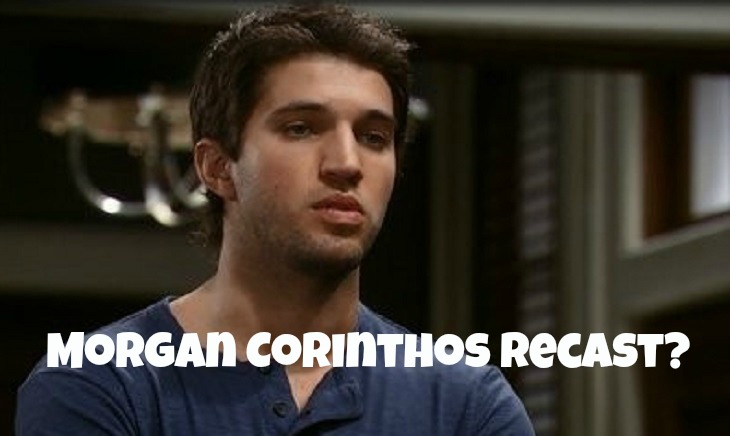 When Bryan Craig (Morgan Corinthos) confirmed this week that he’s leaving “General Hospital,” shell-shocked fans were quick to react. Many were upset to learn that a third major GH character is off the canvas; this week Sabrina Santiago (Teresa Castillo) fell victim to the Hospital Killer, and Tyler Christopher (Nikolas Cassadine) confirmed that he has exited the show.

Some fans have been vocal in insisting that the role be recast, while others have simply responded with, “meh.”

So, GH fans, do you think the role should be recast or should Morgan take off for new adventures in faraway lands?

There are compelling reasons for both points of view; let’s take a look at the character’s Port Charles’ connections and current storyline.

Morgan is working at his dad’s coffee bar, Perks. Not much happens at the dockside café, although recently Morgan beat up a guy who hit on his girlfriend Kiki Jerome (Hayley Erin). In other words, the whole barista thing hasn’t been must-watch TV.

But the reason he went ballistic on the sleazy lothario is significant: he is bipolar and off his meds. That angle alone has been attention-grabbing, and Craig has done a solid job of portraying Morgan’s angst. Who hasn’t felt for him as he struggles to maintain stability, all the while being secretly sabotaged by his mother’s girlfriend Ava Jerome (Maura West)?

The Morgan-Mother-Daughter triangle is also drawing viewers in. Viewers who saw this triangle play out in 2013, when Craig took over the role, want to see how it resolves in 2016.

Is Morgan’s lineage reason enough to keep the character? He’s the son of Original Gangster Sonny Corinthos (Maurice Benard) and alpha female Carly Corinthos (Laura Wright). That makes him Port Charles Royalty, but he does have competition in the sibling department.

Sonny and Carly have a large blended family, and Morgan is currently a bit player in the family drama. Maybe it’s time he left for a while, allowing for more air time for his siblings.

Plus, some viewers see a replay of the Morgan-Kiki-Ava triangle as a rehash; been there, done that.

The “GH” faithful fans know that Craig won a Daytime Emmy for Outstanding Younger Actor this year, and he deserves a chance to spread his acting wings. When he exits the canvas in November, should the character of Morgan Corinthos leave with him, or would you like to see a recast?

Soap fans, let us know what you think!