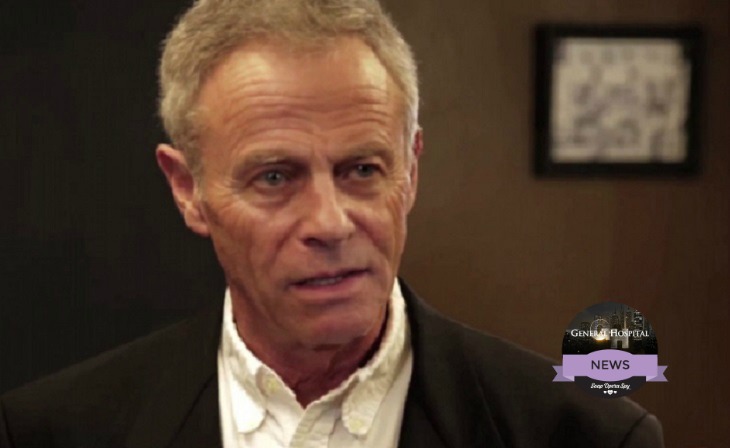 ‘General Hospital’ spoilers tease a return for actor Tristan Rogers. Soaps in Depth was first to report the casting news and they revealed that Rogers will return to ‘General Hospital’ as the famous Robert Scorpio starting August 26.

This is fabulous news for GH viewers and fans of Rogers, ever since his last appearance viewers have been craving for his return. According to the report Rogers is scheduled for a short story arc but he couldn’t say much about what brought his character back to Port Charles.

“I don’t know how much I can say about it at this point,” He shared as he spoke with SID. He further added “So I’ll probably divulge nothing. That’s the safest way to be!”. Robert will be up to his usual, whenever he is in Port Charles he is always busy and Rogers teased his visit this time will keep him busy as usual. “There are three distinct stories I seem to be involved in, and that’s okay because that’s the way the character always was,” he teased about his upcoming storyline. And while the information surrounding his storyline is pretty limited could Finola Hughes [Anna DeVane] be returning around the same time?

At this point it is unknown how long he will be around for but with his return to GH fans can also expect to see him on ‘The Young and the Restless’ as well. Rogers will be doing double duty for a while as he plays the role of Robert on GH and Colin Atkinson on Y&R. This would not be the first he is doing double duty on the soap operas so we know it will be fun to see him on both ABC and CBS.

Related:  Liz Struggles With Whether To Pursue Romantic Relationship With Franco – Will A Mysterious Package Sway Her Decision?

So fans are you happy to see Rogers do double duty again? Do you wish he would continue? Do you want him to return to GH for a longer stay?