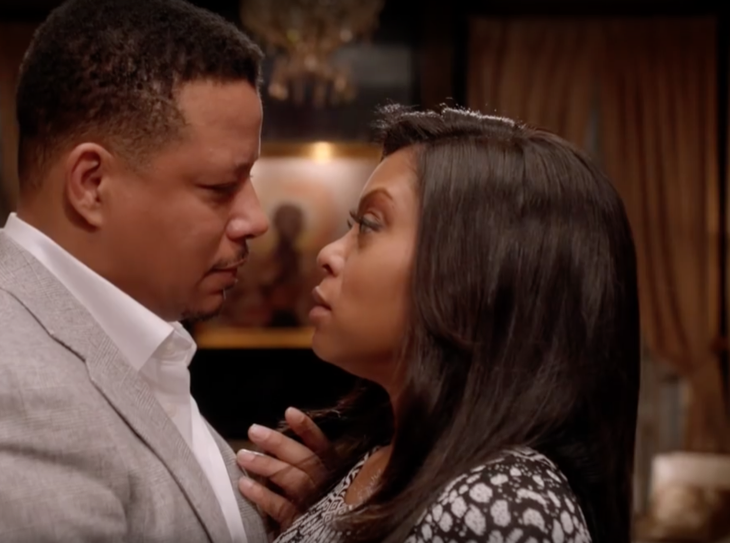 FOX network’s hit series, Empire has released a new trailer for Season 3 which finally reveals Lucious (Terrence Howard) and Cookie (Taraji P. Henson) Lyon as teenagers. Empire spoilers for Season three plans to show fans how the “royal” couple, first met. They will go back to the beginning of their on-again-off-again relationship.

In the trailer, Cookie says to Lucious, “When I first saw you rap, it changed my life!” This will be our first glimpse of teenaged Lucious (Jeremy Carver) and Cookie (Ajiona Alexus).

Throughout Season Three, the flashbacks will show the young couple. A young, teenaged Cookie is described as “beautiful” and “innocent”, but she still has that “spark”, we have all grown to love about her, even though she is perceived to be the “good” Catholic school girl. The young version of Lucious is going to have that “bad boy” edge and that is what draws in Cookie. It will be interesting to watch how their epic love story began and hopefully will revive at some point in the upcoming season.

Actor Ezri Walker, will also be joining the cast in Season three. He will portray a character named Zeah, who is a nerdy sixteen-year-old who is an aspiring rapper. His character description reads, “With his high GPA and serious smarts, this teenager finds himself torn between a future at an elite university and a career at Empire under the guidance of the legendary Lucious Lyon.”

On Empire’s Season Two finale, we have been speculating on all the bad things left hanging. Once Rhonda Lyon (Kaitlin Doubleday) and Anika Calhoun (Grace Gealey) physically fighting, dangerously close to the edge of a high balcony, after Anika admitted to pushing Rhonda down the stairs to cause her to miscarry her baby. Rhonda’s husband, Andre (Trai Byers) arrives on the balcony as we hear a woman scream, but we don’t see who actually fell, to what we can all assume was their death.

We also saw how after Anika had been served with a subpoena to testify against Lucious in court; Lucious is pushed into a corner and marries Anika, even though she is pregnant with his son, Hakeem’s (Bryshere “Yazz” Gray) baby. When we last saw Cookie, she was heartbroken and walked out of the ceremony. Is there any chance this epic love can be revived or is it beyond reconciliation?