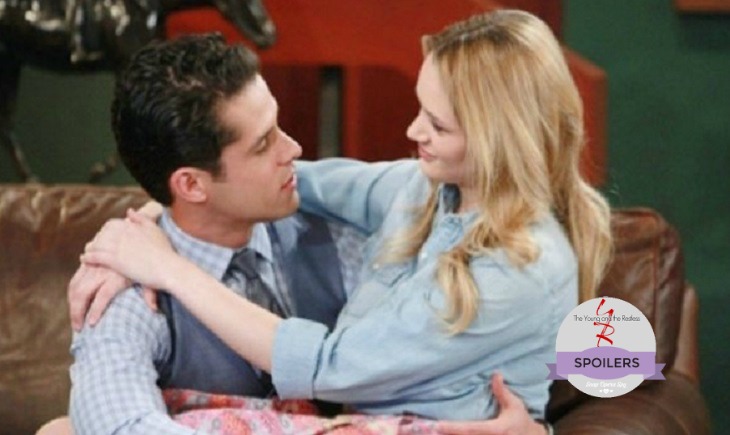 Soap operas, like ‘The Young and the Restless’, take elements from real life and then skew them in an intended entertainment direction. Many viewers surely know misguided pairs in reality who they wouldn’t support as a permanent power couple. Most of those individuals, like Summer’s (Hunter King) loved ones, don’t believe in ‘Suca’ either. While she can’t see it, everyone else knows that her wedding plans with Luca (Miles Gaston Villanueva) are dysfunctional.

The typical defensive default is to believe that no one can see in someone what the love interest does. A perceived ability to overlook, or somehow improve, another’s flaws is an often-heard refrain among family members and friends in the buildup to what is widely seen as a bad pairing. Now, as the apparent wedding between Summer and Luca is less than two weeks away, Y&R fans are wondering how, or if, it will be stopped.

As fans of ‘The Young and the Restless’ likely remember, Summer jumped head first into a relationship with Austin (Matthew Atkinson) a few years ago. That proved disastrous, as he was eventually revealed as someone who was seeking vengeance against the Newman’s. His use of Summer to do so then is very similar to Luca’s claimed initial intent this year.

Mr. Santori is different than the now-deceased Mr. Travers, in that he openly acknowledged that using Summer to maintain a foothold in Newman Enterprises. Luca also said that he had since developed genuine feelings for her. It is reasonable to believe that he’s telling the truth. At the same time, Luca’s reckless pursuit of power seems destined to wreak continual havoc in his life and therefore, in Summer’s.

‘Suca’ believed that their nuptials were supported by the Newman family and by Phyllis (Gina Tognoni). But, Summer overheard her mother and grandfather talking directly about this matter this week. What she learned caused her to confront her loved ones and subsequently tell Luca, which interestingly caused him to offer to drop their plans if she wanted to. That may reconfirm Luca’s feelings are real.

Related: Luca Attempts To Set Up Travis As Victor Plots A Second Frame

Summer’s belief in Luca could lead to an elopement, a simple ceremony or an all-out bash by the time their proposed wedding day arrives. Then again, Victor’s (Eric Braeden) plans could result in Luca being imprisoned before a preacher, or justice of the peace, proclaims their marriage is official. But, lacking her family’s support, Summer should ask herself – “Am I making another marital mistake?”