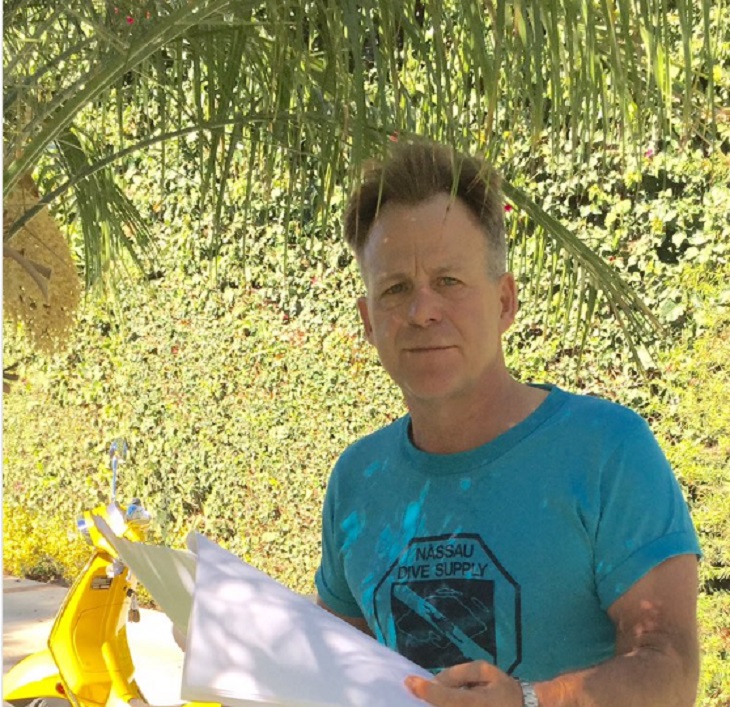 ‘General Hospital’ spoilers indicate that fans will be getting more of Kin Shriner [Scott Baldwin] on their screens. Shriner who still remains as a recurring player will be hitting the ABC studios for more upcoming episodes. The actor shared via Twitter “Getting ready for my return to @GeneralHospital Tommorrow!” and tagged an image of himself with a script.

Related: Liz Struggles With Whether To Pursue Romantic Relationship With Franco – Will A Mysterious Package Sway Her Decision?

The script however seems rather lengthy – it is full of several pages, could Scott be getting a story arc? Usually when actors post images of their script it would show tape date, projected airdate, set, and sometimes scene partners however due to the angle of the script we were not able to see such information.

The last time viewers saw Scott Baldwin he was being chased out of Ava’s [Maura West] apartment after a night of rendezvous with Lucy Coe [Lynn Herring]. But shortly after that fans saw Lucy visiting her ex-husband Kevin [Jon Lindstrom] in the hospital. This left a thought in fans mind, could Lucy and Kevin be an item once again? Could GH writers explore a quadrangle that involves Kevin, Lucy, Scott and Laura [Genie Francis]?

If this is indeed a story arc for Scott what could the story be? There are many reasons for Scott’s presence in Port Charles – for one he is a well needed and relied on attorney at law. He is also Franco’s [Roger Howarth] father and with the developing romance between Franco and Liz [Rebecca Herbst], his father’s presence is relevant. Scott is also a charming and funny guy therefore Port Charles would be happy to have more of him when Shriner returns in the role.

Shriner remains one of daytime’s finest having played multiple daytime roles which include filling in for an actor who was absent in their role. Besides ‘General Hospital’, Shriner was on ‘Port Charles’, ‘As the World Turns’, ‘The Young and the Restless’ and more.

‘The Bold and the Beautiful’ Spoilers Wednesday August 17: Wyatt Ready to Set Quinn Straight – Ridge Forms a Strategy – Eric Cozies Up to Quinn at Mansion