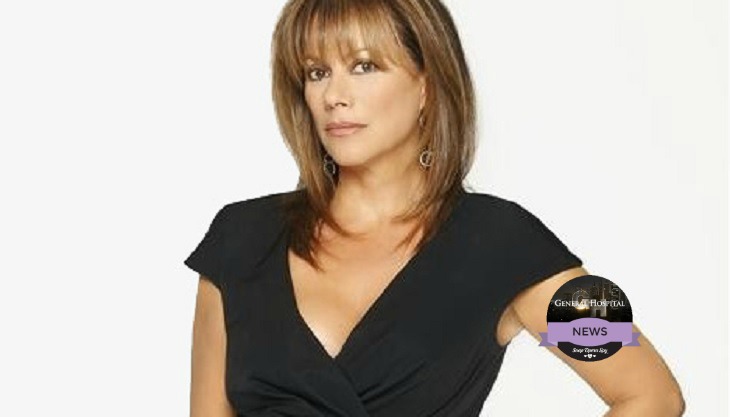 I’m going to go with Nancy Lee Grahn simply because the Julian revelation scenes were highly emotional and well-acted – even though I found them to be really annoying in a too-little-too-late kind of way. Part of me believes that Alexis is the reason that this went down the way it did. Maybe it’s just me being suspicious but I think that the day she received the email about the weirdly coincidental witness, Hale, is the day the wheels started falling off her fantasy cart.

It looked – and sounded – to me like she wanted Julian to know who that witness was, and to take care of him, mob-style. Why did she make a point of telling Julian what was on the paper she was holding even though she was not able to name names? Why did she make a production of putting it in her briefcase, and why in the world would she think, for even a second, that she could turn her back on him and trust that he wouldn’t look at the information? I believe she did it, knowingly or unknowingly, to help Julian, and to save her relationship with him.

Revelation day: Alexis is easily able to string together the chain of events that led to Hale being murdered because she set the whole thing in motion. With Hale out of the picture, of course Julian is going to target Carlos. That’s a no-brainer! Carlos was the only living link left to tie Julian to Duke’s murder and with Carlos being all flip-floppy all the time and pledging allegiance to no one, he had to die. That should have been the end of it because in that super-odd soapy kind of way, no one would ever figure out that Julian killed both of them. :eyeroll: It seems that either Alexis believed that Julian would not kill Carlos, or that she knew he would but she was just super pissed that he used what now seems like the “sacred dagger” to dispatch him.

I’m not sure what to make of any of it. Julian was right when he spoke of her culpability in the whole affair though. Intentionally or not, she’s at least partly to blame. Regardless, Nancy did a great job with all the hysteria and dialogue in those scenes. I can’t wait to see a return to good sense for her though. I don’t so much recognize – or care about – this pathetic, desperate, out of control Alexis.

A little shout-out to Laura Wright. I do not know how she musters up the emotion necessary to pull off certain scenes sometimes, but the “Jason remembers Carly” moment was really quite touching, and who didn’t think it was really sweet the way she was hugging and holding Sam in the background of the Michael/Jason scene? So far that was the best of the reveals, though Jason calling Monica “mom” was a very close second!