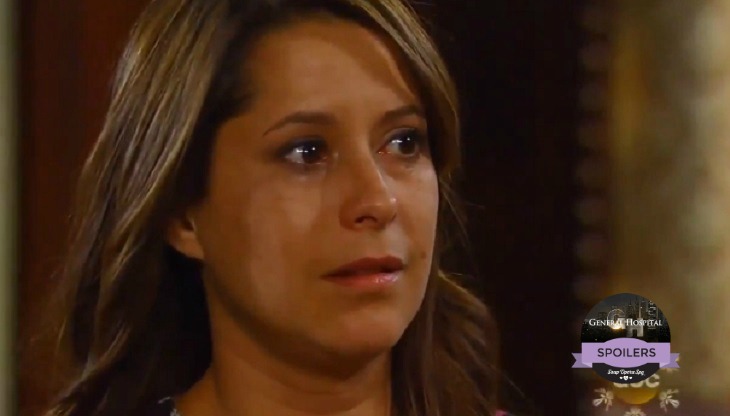 “General Hospital” (GH) spoilers regarding the Nurses Ball are in full swing, and it appears that little Emma Drake (Brooklyn Rae Silzer) will be escorted to the ball by her mom Robin (Kimberly McCullough). According to Soaps In Depth’s online article, the Drake girls will be without Dad but will be returning from California and will be in attendance at the Nurses Ball.

The return of McCullough is exciting for fans because her long time portrayal of Robin has made her a favorite. Her likability, however, is not the only reason for excitement, the return of her character at the ball has even greater meaning to the show. She is the reason it began.

The Nurses Ball began in 1994 to raise awareness of the AIDS epidemic, which few people understood at the time. A beloved young Robin and her first love Stone (Michael Sutton) tackled the topic head on when the couple found out Stone had AIDS. He died later that year and in 1995 Robin took the stage at the second Nurses Ball and announced that she had contracted the virus.

Head writer Shelly Altman has confirmed that though McCullough will attend the event, she will not be performing. She does promise she will be a speaker and play a significant role in the ball. According to the GH Nurses Ball Promo, however, it looks like little Emma will make her way to the stage for an adorable performance.

Both McCullough and Altman express regret that Patrick (Jason Thompson) will not be accompanying his ladies to Port Charles because of work conflicts with Thompson, but fans will be happy to hear the Drake family is doing well in California.

Even without Patrick; Robin and Emma’s surprise visit will certainly be a fun addition to the ball.

Who else do you hope to see at the ball and who would you rather see stay home? Share your comments below and be sure to check back with Soap Opera Spy for more ‘General Hospital’ spoilers and news.