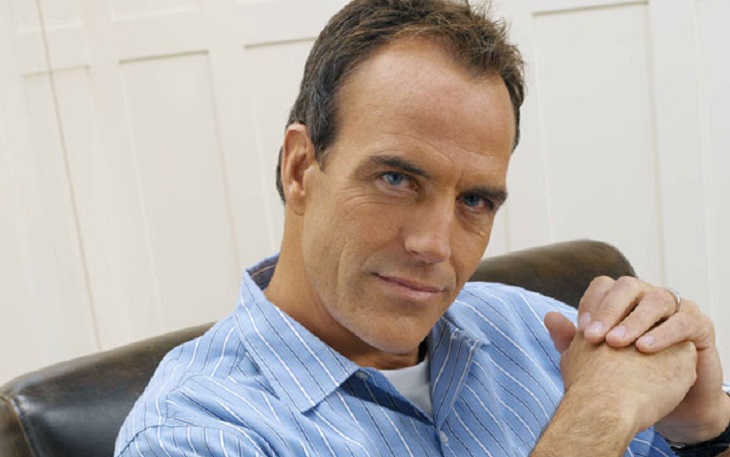 ‘General Hospital’ actor Richard Burgi [Paul Hornsby] doesn’t think of his character as a villain. Burgi opened up in a discussion with Soaps in Depth about playing shifty District Attorney Paul Hornsby and shared his thoughts on a few of his co-stars.

Burgi joined GH in 2015 on a recurring basis. When Paul first arrived in Port Charles he was on a mission to win Tracy [Jane Elliott] back and fix his relationship with his son Dillon [Robert Palmer Watkins]. As time progressed, Paul succeeded Scott Baldwin [Kin Shriner] as the new DA. It was at this point that a shady and shifty side of the DA was discovered.

Related: Brad and Lucas Wedding Drama – Will They Get Their Happy Ending?

“Everybody thought he was a bad guy and some still do,” Burgi tells Soaps In Depth. “But I always try to find the humanity in characters. Everybody’s got various shades and coloration to their being,” he added.

Burgi went on to applaud the work of Maura West [Ava Jerome] and Finola Hughes [Anna DeVane]. He thought they had highlights of the same shading people see in his character. He expressed that these two ladies are great at what they do saying both have a lot of range, being able to play the conflict, the good and the bad.

“I absolutely adore working with both of them,” he tells SID. “GH is allowing Maura’s darker shades to be exposed, which I find extremely compelling, and the same with Finola.”

We can’t express enough how much we love the work of these three stalwarts. They’re work is certainly applauding and entertaining. So fans do you think of Burgi’s character as a villain?  Or does Paul Hornsby have redeeming qualities as well?  Let us know what you think in the comments below!

‘Days Of Our Lives’ Weekly Spoilers May 23 – 27: Jack Returns To Help Jennifer Battle Addiction To Painkillers