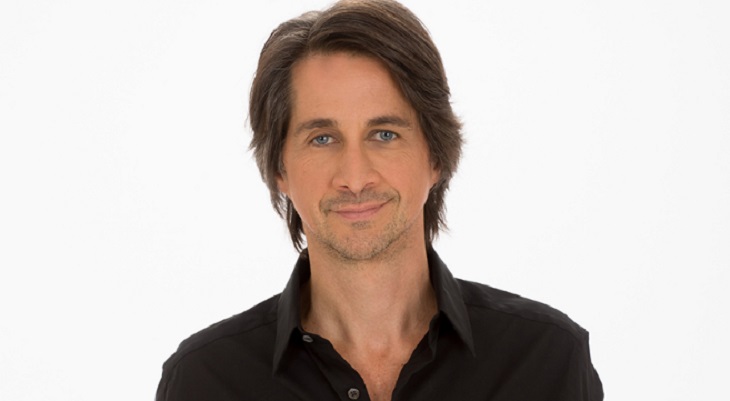 General Hospital has learned to know Michael Easton as the man with many faces in Port Charles. It seems you can kill him, but you can’t stop him. Michael Easton is definitely unstoppable in the soap world. Last year, Michael suddenly found himself without a gig when his General Hospital character, Dr. Silas Clay, was stabbed in the back—literally—by his crazy and deranged ex-mother-in-law.

Since the character of Dr. Silas Clay ended so violently, Michael Easton has now returned to General Hospital as Dr. Hamilton Finn. When Finn was first introduced to GH viewers, he was seen as an emotionally distraught widower who suffers from a deadly disease that the character has stated many times on the show claimed the life of his wife.

Related: Nelle And Kiki Compare Notes On Morgan – Hayden and Finn Give Tracy Bad News – Jason Struggles To Save Morgan

When Michael Easton sat down with an interviewer from TV Insider, he had a lot to say about his character and what it is like acting with a reptile. It turns out Michael Easton has quite the sense of humor.  Michael Easton was asked if he was nervous in going from a serious character like Silas Clay and John McBain to playing Finn who is the polar opposite of both of his recent characters.

Michael Easton described the scene before he was brought onto the cast of General Hospital and made it clear that he had no idea who the character of Finn Hamilton would be paired up with romantically.

Related: Will Nick Stabile Return To ‘GH’ As Nikolas Cassadine?

Michael described a bit of the current storyline and told the interviewer about his current love interest, Hayden Barnes (Rebecca Budig), he stated “There’s definitely something there, but we’ll take our time and see. The writers still have to resolve the Hayden-Nikolas situation. Now that Tyler Christopher’s not coming back; that story is on hold until they figure out what to do. And Finn is still very much hung up on his wife, Reiko, and is wracked with guilt that his obsessiveness with finding a cure to his disease led to her death. So who knows?”

He went on and talked about his previous roles that he has held over the years such as Port Charles, One Life to Live and then later General Hospital where he has now portrayed four different GH characters during the length of his term with the show and he described what it was like acting with a lizard and stated that Finn’s reliance on  “Roxy”  is really about assurance “since lizards are known for being hardy and very strong creatures, Finn looks at this like at least now I will have a companion that will not die on me.”

You can catch Michael Easton on the ABC Soap Opera Weekdays on General Hospital.