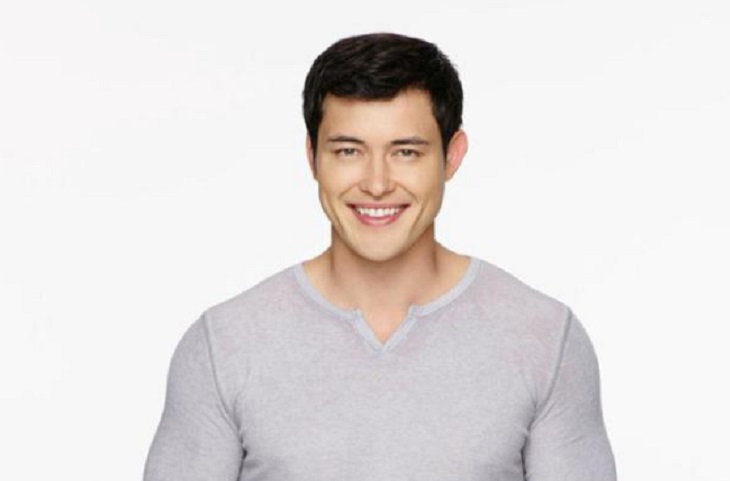 Days of our Lives’ Christopher Sean may soon be saying goodbye to Salem. A Twitter post that Sean posted on October 6th that read “when one door closes…” leaves viewers with that burning question. What could that mean exactly? Could Christopher Sean be referring to his contract with Days of our Lives? Could Paul be saying goodbye to Salem very soon?

Many fans responded to his Twitter post expressing disappointment, assuming that he might possibly be referring to this current character on Days, Paul Narita. Fans fear that Sean may be departing Salem very soon. It certainly came across that way.

Related: Marlena’s Plot Kicks Off, Team Helps Out – Pressure Takes a Toll on Theresa – Nicole Opens Up to Brady

Paul Narita first appeared in Salem as a baseball player who checked into Salem University Hospital to undergo surgery on his pitching arm. Little did he know the decision would change his life. Not only was he reunited with his ex-love, Sonny, but he also learned one of the town’s most prominent citizens, John Black, is his father — a man he’d been led to believe was dead for so many years.

An honest and aboveboard handsome young man, Paul’s been acclimating to that revelation as well as his new life in Salem. During his time on Days, Paul had numerous heterosexual affairs before coming out of the closet. He was seriously involved with Sonny Kiriakis. In fact, Sonny once asked Paul to marry him, but he turned him down. He also had a fling with Sonny’s husband, Will Horton.

Related: Is Alison Sweeney Returning To ‘DOOL’ In 2017 As Sami Brady?

If Paul is to depart from Salem, what will this mean for his current storyline? Will Paul be killed off leaving his father, John to grieve for him or will he leave on his own merit? Only time will tell since there is no official confirmation yet if Christopher Sean is actually departing from Days of our Lives but we will keep you informed. Stay tuned and check back with Soap Opera Spy for all the latest news, spoilers and updates on this story!

‘The Young and the Restless’ Spoilers: Billy and Bella Get Acquainted – Chelsea Reflects on Delia – Jill Offers Victoria a Warning