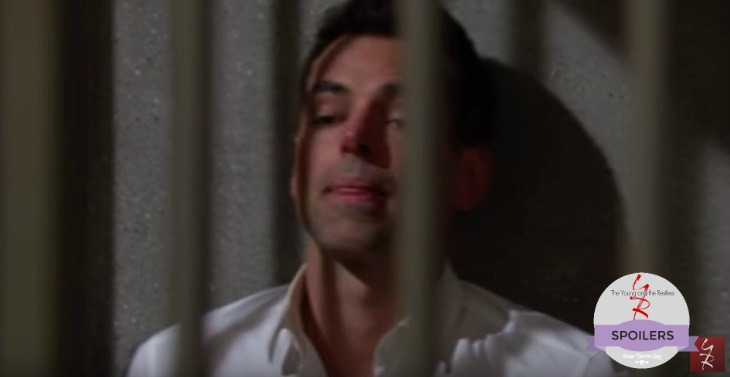 “The Young and the Restless” spoilers for Monday, October 10, tease that Hilary (Mishael Morgan) will try to make the most of her GC Buzz story. At Brash and Sassy, Hilary excitedly presses Victoria (Amelia Heinle) for comments on Billy (Jason Thompson) and Travis’ (Michael Roark) bar brawl. Victoria suggests they got themselves in jail, so they can get themselves out.

Hilary contends that Victoria might want to get involved since she may have been the source of their conflict. Victoria eventually decides to go sort this mess out. Hilary wants to tag along and get more info. Devon (Bryton James) stops Hilary and points out that she’s going too far. He threatens to shut down the show if Hilary doesn’t kill the story.

Cane (Daniel Goddard) flies solo for another interview and talks about what a great team Jill (Jess Walton) put in place. At the station, Paul (Doug Davidson) grills Travis and Billy about what happened. They hold each other responsible for the fight. Once he’s done questioning them, Paul encounters Jill. She wants to know what it will take to make all of this disappear. 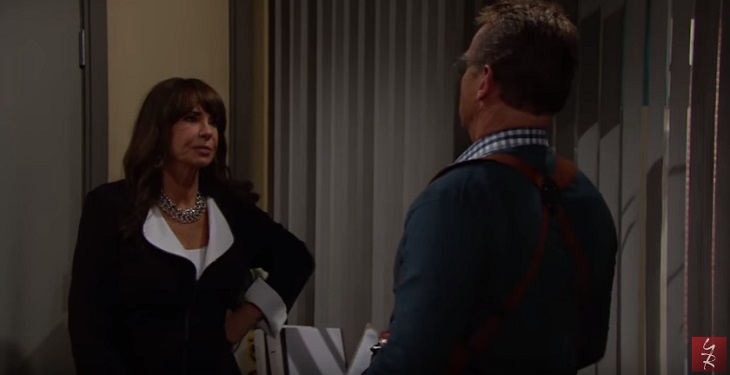 Paul argues that Jill can’t always clean up after her son. He’s a grown man. Jill isn’t pleased by Paul’s response. Meanwhile, Travis explains why he was blackballed on Wall Street. Billy doesn’t think it’s horrible or anything. He guesses Victoria’s just mad because she trusted Travis.

Victoria appears as Travis admits he wished he’d told the truth from the start. He never wanted to hurt Victoria. She makes her presence known and Billy begins to rant. Victoria agrees to post Travis’ bail, but she leaves Billy behind bars.

At Brash and Sassy, Lily (Christel Khalil) stops by to see Cane. A massage turns into kisses and eventually sex. When they’re done, Lily praises Cane for the good work he’s doing at the company. She hopes that Jill will see all of the effort he’s put into it. Goodness knows the rest of Cane’s team isn’t helping.

Elsewhere, Neil (Kristoff St. John) watches the twins while they do their homework. They ask about Neil’s mom and he replies that she’s in heaven. Lily returns and realizes that the kids were asking questions. She apologizes if it was painful, but Neil insists it was beneficial to open up.

Neil is grateful that Lily pushed him to meet with his mother. He has a new perspective and declares that he won’t take anything for granted. Lily pulls Cane up on a video chat and lets him say goodnight to the twins. 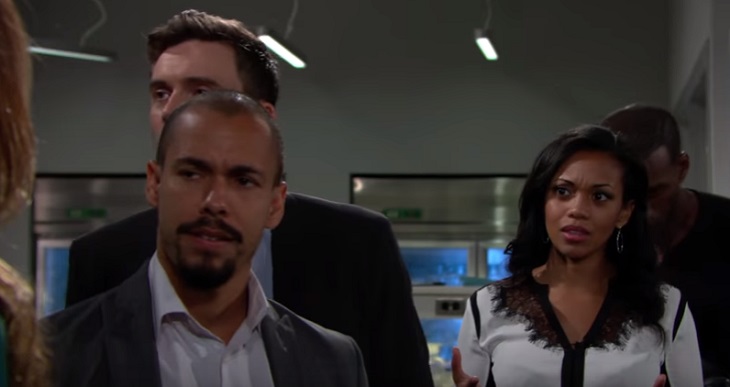 At GC Buzz headquarters, Hilary faces more work drama. She bickers with her copy editor, Roz, about what to use in the story. Roz wants to keep the juicy stuff, but Hilary vetoes the idea. When the bar brawl footage surfaces, Roz begs once again.

Later, Hilary gives Devon the news that the fight footage was sent to them. He whips out his phone and sees it. Devon thinks Hilary released it, but she indicates that their competition is to blame. Hilary doesn’t want Devon to always assume the worst. He offers an apology and they patch things up. 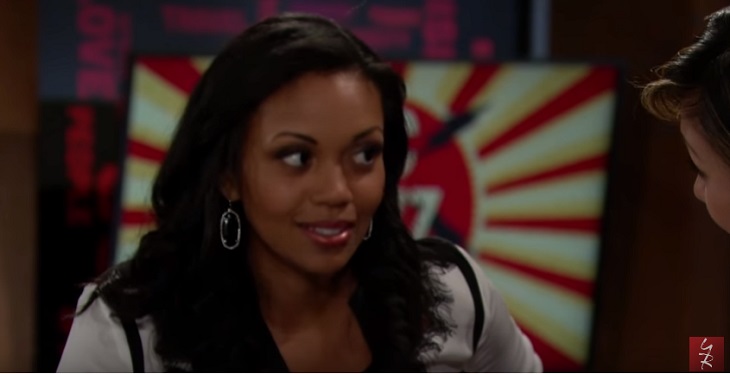 Other “Young and the Restless” spoilers say Billy will get fed up with Jill’s continued matchmaking. At the Chancellor mansion, Jill wants Billy to admit that he still loves Victoria. She thinks that’s why Billy constantly argues with her. Jill suggests that Billy lashed out at Travis because he was jealous.

Billy finally determines that he’s had enough. He announces that this isn’t his home anymore. Across town, Victoria asks Travis for honesty. She understands that Billy was the reason for the brawl, but she needs to know how Travis feels about her. Victoria wonders if Travis was simply trying to break into business again.

Travis promises that Victoria knows everything now. He maintains that he’s in love. Victoria hesitates and Travis guesses it’s over. He thinks Victoria can’t trust him now. As Travis starts to leave, Victoria states that she does trust him. She rushes to Travis’ side and they share a passionate kiss.

Y&R rumors hint that more Billy-related problems are looming. Victoria may find herself drifting back toward her ex sooner or later. Stick with the CBS soap for updates on what’s in store.